Well this was unexpected.
When meeting members of the royal family, it would be safe to assume you'd don nothing less than your Sunday best.
But for her hyped state visit to the UK, First Lady of the United States Melania Trump has stepped things up a notch by wearing something that channels one of the world's most well-loved royals - and it might have been a deliberate move.

Stepping out at Buckingham Palace on Monday, June 3, Melania, aka FLOTUS wore a white and navy blue Dolce & Gabbana ensemble, complete with a matching hat.
While the look was undeniably chic, there was a little something about it that we couldn't help but draw comparisons to.
Indeed Melania's statement hat was very similar to styles worn by the late Princess Diana, who was a known lover of wearing the shady accessory.
Perched atop her head with a slight slant, Melania's blue and white design looked strikingly alike to Diana's signature look.
Swipe across to see the similarities below: 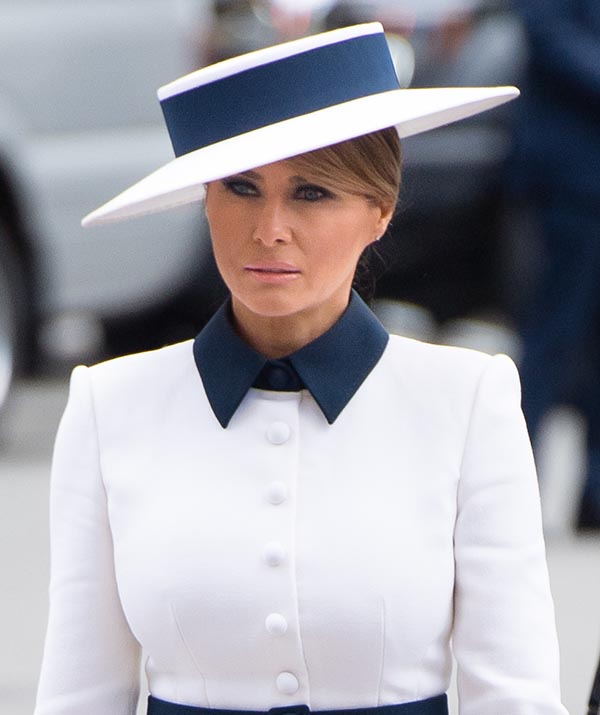 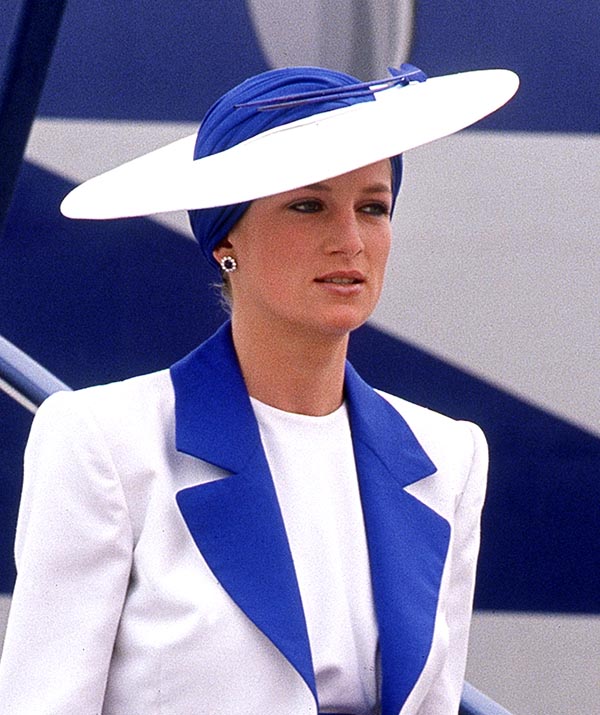 ← Slide →
And even Melania's blue and white ensemble was similar to an outfit previously worn by Diana when she attended VJ Day commemorations in 1995.
Swipe to see the similarities below: 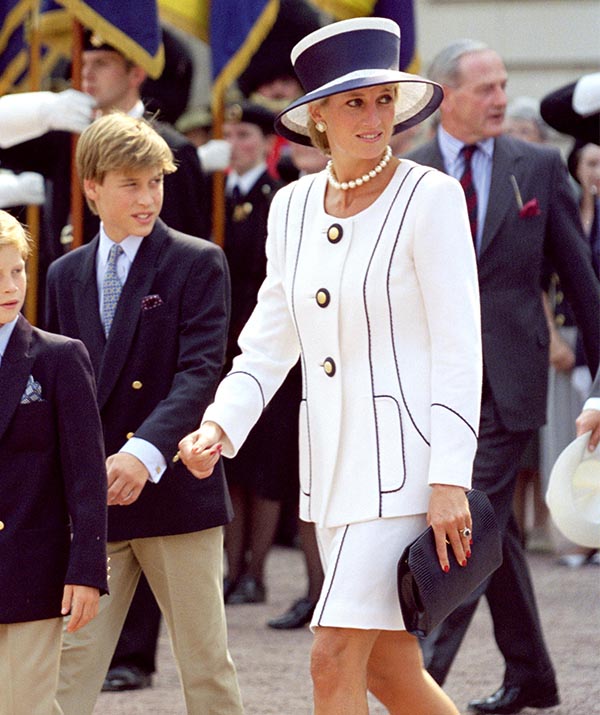 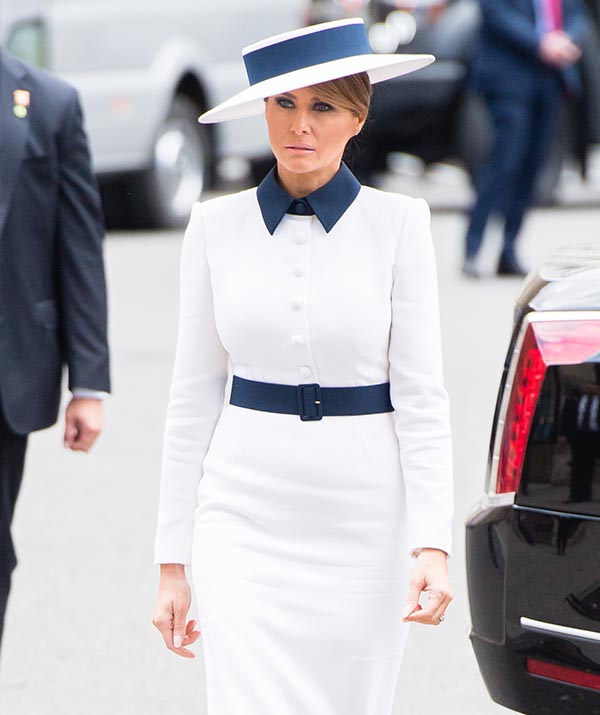 ← Slide →
Whether the royal match-up was on purpose or not, there's no denying Melania's outfits are planned-out well in advance of her wearing them.
FLOTUS' stylist pal Hervé Pierre, who created her hat, has opened up about dressing the prominent femme, telling Vogue in a previous interview: "I am an advisor, and she is adamant about that. Who, as a free woman, is going to be told what to wear? It's a conversation, a collaboration. Without intellectualising, my advice is respectful and it makes sense."
Taking to his Instagram, the stylist shared a sketch of his hat creation, writing: "Here is the sketch of the hat I designed for our First Lady , for her State Visit in England to meet Her Majesty the Queen."
He explained the design in more detail, adding that it was made with chalk double face wool crepe with a midnight blue silk crepe.
We can't fault it - it's certainly very chic!
WATCH: Melania Trump's style evolution below: