If there was ever anyone to catapult a company into becoming an ultimate success story, it would be Meghan Markle.
The fabulously-dressed royal, whose worldwide following has triggered the phenomenon known as the 'Markle Effect', has been known to boost the profile of brands from the moment she steps out wearing their designs.
What's more, these designs generally sell out within minutes, as the first pictures of the royal surface.
But there's one brand in particular that has not only been catapulted into the spotlight as a result of Meghan Markle, but it's also leveraged the exposure for the greater good.
Enter Outland Denim, Markle's preferred jean brand and leader in the ethical fashion stakes.
After wearing the brand's black skinny jeans on multiple occasions during her tour of Australia in October 2018, the website received a whopping 948% increase in traffic within a week.
The news was welcomed by the brand, given its incredible work in helping to provide careers for women who have been exposed to sex trafficking in Asia.
So instead of simply revelling in this hugely successful turn of events, the brand were quick to get to work, reinvesting in the company to employ another 15-30 new people.
This allowed them to train, personally develop and provide fair wages to more employees at their production facility in Cambodia.
And their work has not gone unnoticed. Now, they've received the ultimate recognition, being named among the very top of Baptist World Aid's annual Ethical Fashion Report.
Outland Denim achieved the top rating of 'A+' in the report, which highlights which Australian brands are making positive strides to ensure all workers have access to the correct working wage and basic human rights.
Only six other companies achieved an 'A+' rating in the report - a sure sign that this brand, born from a fortuitous encounter with an anti-trafficking group, and fuelled by support from socially conscious A-listers like Meghan, is one to watch.
WATCH: Prince Harry and Meghan Markle watch the wheelchair tennis at the Invictus Games. Story continues after video...
The report also highlighted a number of other Australian fashion labels that are excelling in ethical production, which has been helped along by the introduction of the Australian Modern Slavery Act.
"The Act will ensure fashion brands are prioritising transparency," explained Baptist World Aid Australia CEO, John Hickey.
"But more importantly, the Act has impacted the lives of millions of workers and their families."

Who are Australia's most ethical fashion brands?

Along with Outland Denim, other much-loved Australian brands featured in the 2019 list include Kookai and Country Road, which all achieved an 'A-' rating.
New Zealand based outdoor-wear company Kathmandu also achieved an 'A' score for its dedication to reducing the clothing industry's environmental impact.
The company's corporate social responsibility manager, Gary Shaw, said the company wasn't looking to simply "tick boxes", rather it would continue to strive to make positive change in the industry.
"The work is never finished, and we will continue to focus on sharing our vision and values with our production partners to ensure that they set a high standard for workers' safety, empowerment and the environment," he said.
Meanwhile, Cotton On has also made admirable improvements since the first edition of the report was released in 2013, where it received a 'B-' rating at the time.
With continuous improvement in the years following, the brand achieved an 'A' rating in 2018, making it the best rated large multinational company headquartered in Australia.
The company's presence in the fashion industry is undeniable, with some hugely popular staple dupes sure to be lending a hand to its success.
Last year, Cotton On released a $35 satin midi skirt that was almost identical to other, much more expensive variations of the style on the market.
With the style being well and truly on-trend, fashion-enthusiasts jumped on the affordable dupe, selling it out quick-smart.
"Nabbed the last one at the Chatswood store and I can see why it's been a bestseller. The satin material is thicker than what you'd usually get for this price point and doesn't cling with static," wrote fashion blogger Tina Abeysekara.
Just a few months later, the brand released another $40 midi-skirt that looked almost identical to one worth more than $1,000 by high end label Missoni.
Naturally, buyers pounced on the style, with many commenting on the brand's new knack for nailing those budget bargain buys.
"It's very Missoni inspired. I can't believe it's Cotton On," a fan wrote at the time.
Another said: "They've got some really great stuff lately!"
Swipe to see the differences (or lack thereof!) below: 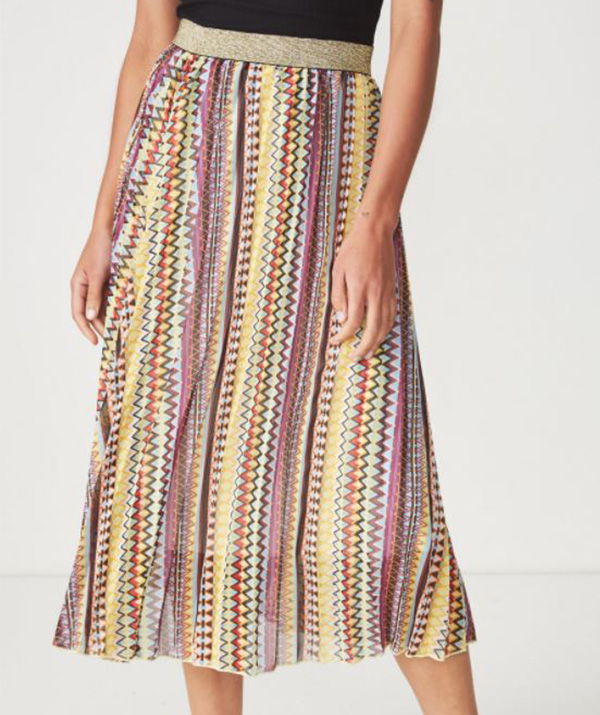 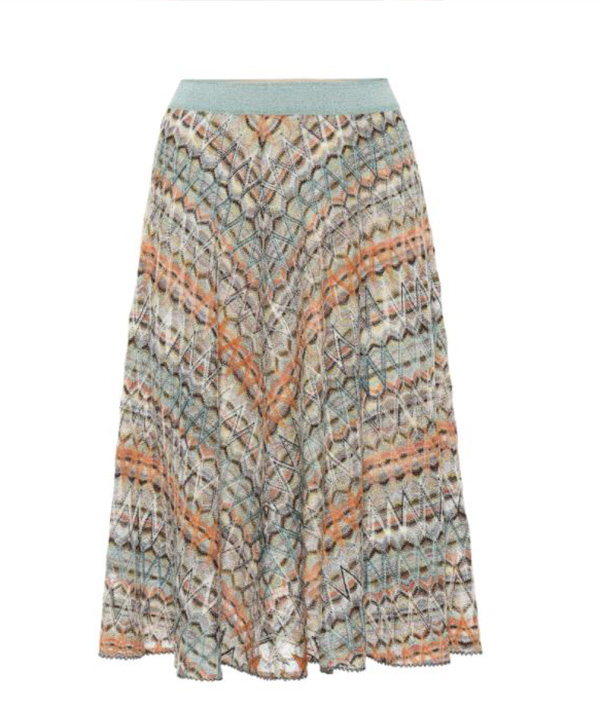 ← Slide →
Meanwhile, Kookai and Country Road also continue to bring out popular collections while ensuring their employees' are well looked after, according to the report.
We're hoping to see continued improvement across all Australian fashion labels as the true value of investing in a happy workplace reaps the rewards.
You can view the full version of the report here.