Ellie Goulding's picturesque nuptials in York were a spectacle that can only be likened to that of a royal wedding, which is why we can hardly be surprised that even her bridal gown was inspired by a key member of the regal family.
As the stunning Starry Eyed singer stepped out of her car at the historic church of York Minster, it would be safe to say the world was temporarily lost for words for a moment.
And that's because we can only describe Ellie's wedding dress as nothing short of breathtaking.

Revealed to be a bespoke Chloé bridal gown, the high-neck Victorian-esque creation was a sight to behold.
As she entered the church, we also saw Ellie's incredible veil as her bridesmaids helped her up the steps.
There was absolutely no denying it - her wedding day look was absolute heaven.
The 32-year-old's silk double crêpe dress was designed by Chloé's creative director Natacha Ramsay-Levi, who has chatted in-depth about designing the custom creation.
Speaking to PEOPLE, Natacha said Ellie was "very involved in the design."
It seems Goulding was seeking a Victorian-style from the get-go, with the designer explaining they created a collage of references from the iconic era in history.
"Her creative point of view made the process fluid and inspiring, and I feel that the end result really reflects her personal sense of style," she said.
In the end, the hand-embroidered gown, which included White Roses of York and glass beads took over 640 hours to make - casual!
Ellie has also been vocal about her wedding day look, telling Vogue that there were certain royals and celebrities that she took the lead from when it came to the design.
"I've always loved timeless bridal looks, from Princess Anne and Bianca Jagger to the Princess of Monaco [Grace Kelly], and I wanted to bring together modern and traditional elements," she explained.
And we can't help but notice the similarities - Princess Anne's gorgeous high-neck wedding gown worn to her nuptials in 1973 was iconic in its own right.
As for Grace Kelly - how could we ever forget that stunning lace neckline?
Swipe for similarities below: 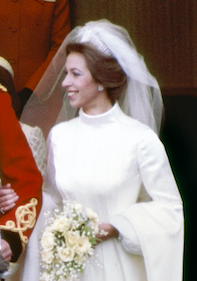 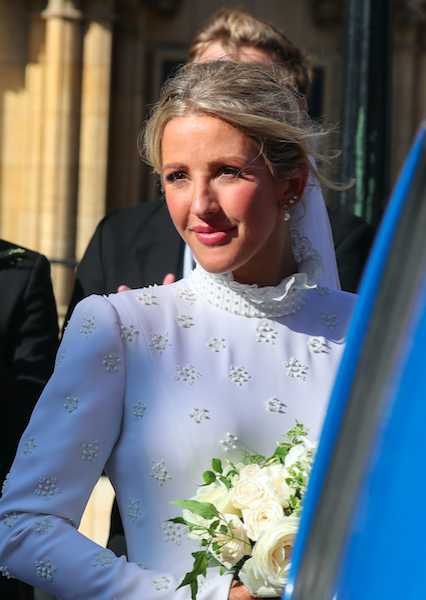 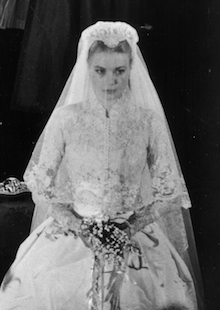 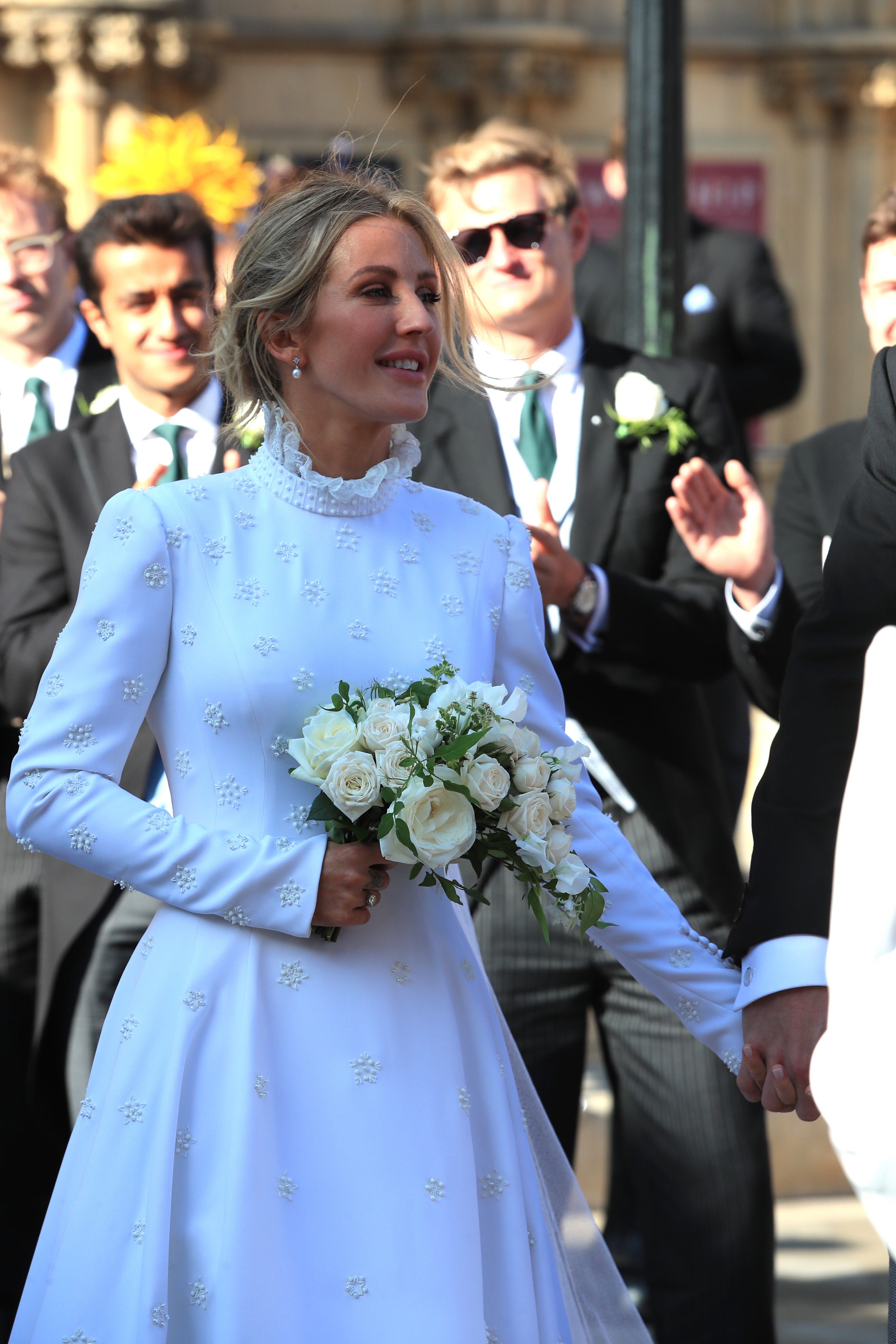 ← Slide →
Ellie's lineup of bridesmaids were also dressed in gorgeous Chloé designs, which were pale blue and featured delicate organza braid.
And newlywed Caspar opted for a very dapper three-piece suit by Huntsman.
Goulding herself had a hidden tribute to her new husband in her own outfit too - the initial's 'E' and 'C' were embroided into her veil.
Also in attendance at the singer's nuptials were members of the royal family themselves, including close pals Princesses Eugenie and Beatrice, along with their partners Jack Brooksbank (to whom Eugenie is married) and Edoardo Mapelli Mozzi, who the elder York sister has been dating since late 2018.
Eugenie looked gorgeous in a floral dress, while Beatrice wowed onlookers in a shimmery green frock.
Both wore black headpieces, in true regal style.
There's really no denying it - this wedding was a seriously fashionable spectacle, and we'll be happily reminiscing and being inspired by it for years to come.