Crown Princess Mary is a style icon in her own right, but at the official opening of the Danish Parliament, her outfit reminded us of another iconic fashionista.
Dressed in a pink coat with a matching pillbox hat, the future Queen of Denmark looked just like former US First Lady Jackie Kennedy, who wore a similar outfit back in the '60s.

Along with her husband Crown Prince Frederik, her mother-in-law Queen Margrethe and the Queen's sister, Princess Benedikte, Crown Princess Mary was all smiles as she arrived at the chambers at Christiansborg Palace, in Copenhagen.
READ MORE: Crown Princess Mary and Crown Prince Frederik: A real life fairytale
Her pink coat by Danish-Dutch designer Claes Iversen, however, is not a new addition to her royal wardrobe.
Indeed, the Danish princess wore it and her matching hat in December last year, during a trip to Latvia, when she took part in the country's celebrations marking 100 years of independence.
Swipe across to see her striking resemblance to Jackie Kennedy! 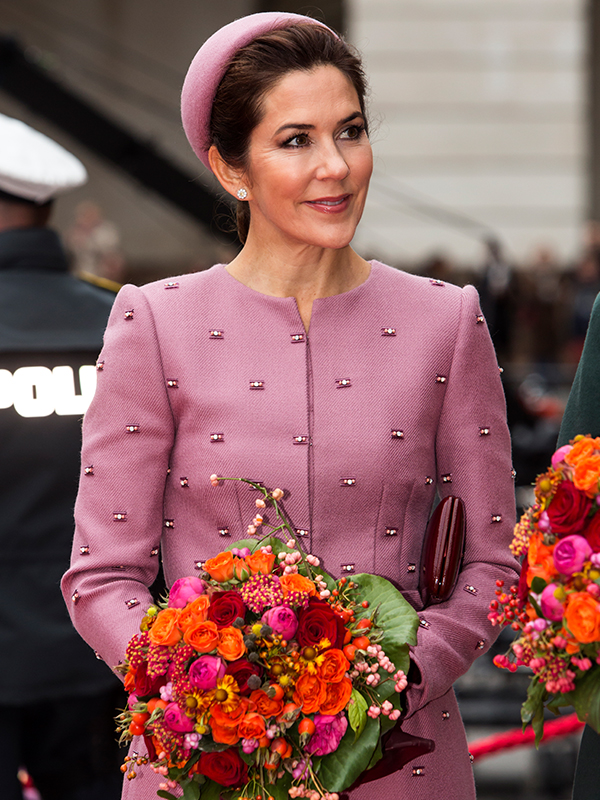 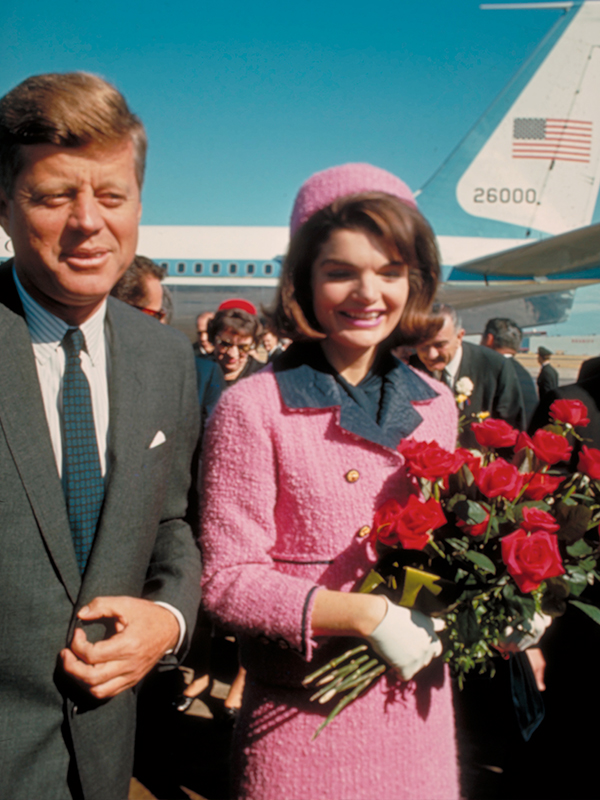 ← Slide →
The Crown Princess greeted Princess Benedikte warmly with a kiss and paid her respects to her mother-in-law the Queen with a curtsey before kissing her on the cheek.
All three royal women received bunches of flowers in bright oranges and pinks.
READ MORE: Crown Princess Mary and Crown Prince Frederik's best family photos
According to the Danish Constitution, Parliament must open on the first Tuesday in October, and the first item on the agenda is always to elect the chairman and deputy chairmen of the parliament.
The annual tradition is usually attended by the Danish royal family's senior members. There, they listen to the Prime Minister's speech, that marks the beginning of the new political year.
This isn't the only twinning moment we've seen between Crown Princess Mary and some other famous fashionistas.
When Swedish royals Crown Princess Victoria and Prince Daniel visited Denmark for a state visit, the two Scandinavian princesses had a few moments where they bore a very similar resemblance.
With their chestnut hair and penchant for chic midi dresses, Mary and Victoria could easily have been mistaken for sisters!
WATCH: Princess Mary of Denmark has said that she doesn't think she is a role model! Post continues after video...
However, if we had to compare Crown Princess Mary to another royal, it would have to be Duchess Catherine.
Not only do she and the Duchess of Cambridge have similar physical features like their dark hair and athletic builds, but both future queens started off as commoners and married into royalty.
And of course, they both know how to dress the part. The late Karl Lagerfeld reportedly dubbed them the "Royal Sisters" due to their similar style.