For avid royal watchers around the world, it's not really Christmas until Prince William, Duchess Catherine and their two angelic children pose for their annual festive photo.
There's something so heart-warming about seeing the awesome foursome all together and it's a much needed ray of light in an often dark and depressing news cycle.
So while you were ooh-ing and ahh-ing over the insanely sweet new holiday snap, here's 7 things you may totally have missed after being blind-sided by the complete and utter cuteness of Prince George (those knee-high socks!) and Princess Charlotte (seriously, can we please take a moment to appreciate her cheeks!)...

It's certainly not the first time their similarities have been pointed out but now Princess Charlotte nears even closer to her third birthday in May, she's looking more and more like her beloved "Gan Gan", Queen Elizabeth, at the same age.
With the release of the new photo, royal commentators have been quick to draw comparisons.
"Is it just me or does this baby girl look a lot like the Queen?"
Within minutes, people rushed to agree, with another adding, "1st thing that crossed my mind when I saw this picture!" 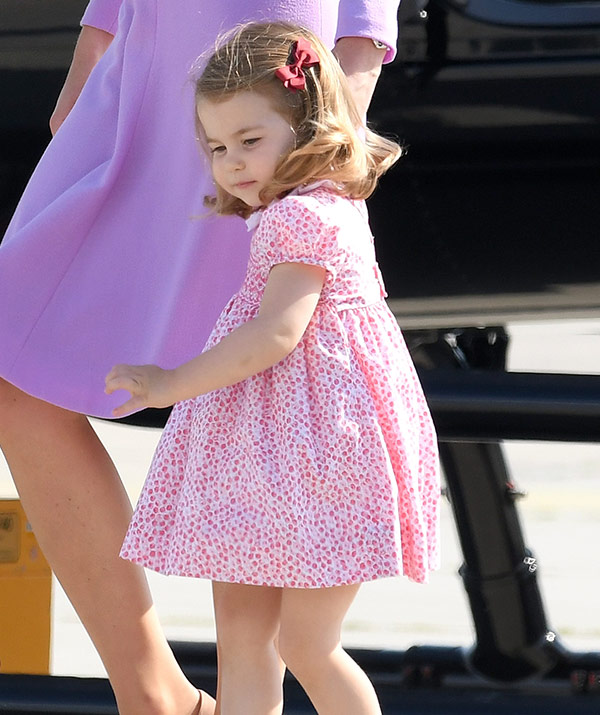 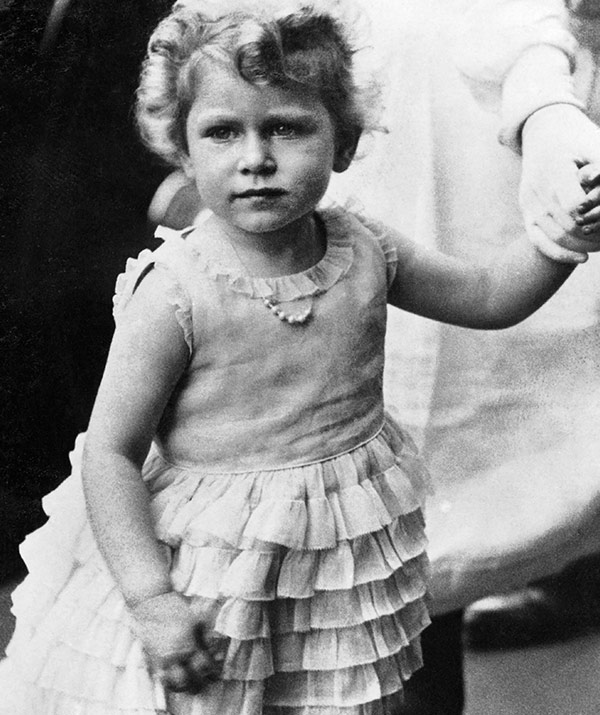 They couldn't be a closer family unit

Now to Love's resident body language expert Louise Mahler tells us just how close the Cambridge clan is.
"Look how George is holding daddy's hand, Kate's arm is around William and the other near Charlottle, as Wills leans towards his wife," she says, noting this interconnection of all four of them demonstrates an unbreakable bond.
"They could not be a tighter family. Kate's arm around William is soft and low. His leaning towards her is an unconscious move of attachment," Louise points out.
"Looking at George's movement and Charlotte's expression, I would say the children are playing up and bring cheeky. William and Kate are in complete support of each other and everyone is comfortable with what is going on because they are so comfortable with each other."
WATCH: A body language expert on your favourite royal couples. Post continues...

There's nothing these thrifty royals love more than to re-wear their Sunday best.
The underlying message being, "Look, we're just like you (if you could afford designer threads)."
Prince George, four, is in the same striped shirt he sported for his official birthday portrait and during the royal tour of Poland and Germany this year, while Charlotte recycles the floral blue frock and Mary Jane buckle up shoes she donned in Berlin in July.
Duchess Catherine's powder-blue blazer and skirt by Catherine Walker and Co. was first seen during a solo visit to the Netherlands in October 2016.
As for Prince William, he opted for his fave polka-dot blue tie and suit combo which he's worn on several occasions.

Whether it's a family photo or an official outing, like Trooping the Colour, have you ever noticed William and Catherine group the girls together and the boys together?
Again in this photo, it appears as if Prince William is the custodian of Prince George and Kate is Charlotte's keeper. It's a subtle detail but something the Cambridges are fastidious about.
It's and organised and traditional way to share the child wrangling!
WATCH: Prince George is the King of cuteness. Post continues...

Could their outfits give away a sneaky clue about baby number three?

Blue, in all its bright and regal shades, has become the Cambridge's preferred colour palette but some fans think this year's coordinating all-blue looks could be a hint that bub number three is a boy!
In the past, Wills and Kate haven't announced the gender of their baby until after the birth while a source recently told Us Weekly they won't be finding out the sex and instead leaving it as a surprise.
Make of that what you will!

Last year they didn't release a Christmas card - so why share one now?

In 2016, Kensington Palace crushed all our dreams by confirming the Cambridges had pulled the pin on a festive photo.
It's believed they made their decision after bringing George and Charlotte along to several high profile events in public, including the royal tour of Canada.
In short, we were getting too greedy and the kids had been exposed enough for one year.
But this year marks their last ever portrait as a family-of-four before they welcome their newest member in April.
After the Prince Harry and Meghan Markle mania swept the world last month, it's also a great way to reinstate and remind the world who the British Royals' first family really is.

This year's card, taken by their trusted royal snapper Chris Jackson, sees a departure from the more casual and relatable style of the past.
There's no familiar background, instead they're gathered in front of a white wall at Kensington Palace.
Their poses and attire are polished, abliet staged and formal.
Cast your mind back to the Cambridge's 2015 Christmas card - Princess Charlotte was only wearing one shoe! The other was on the ground! Prince George's toy train was strewn on the ground! Wills and Kate were in jeans!
All very common and normal indeed.
Back then, they were still living in Anmer Hall and had not yet made the move to London to be full-time royals.
But in light of Prince Philip's retirement this year, The Queen relies on Prince William even more. This year's portrait demonstrates the new generation of royals taking charge of The Crown.
Obsessed with the royals? Join our Facebook group for the latest updates on Kate Middleton, Prince William, Prince Harry, Princess Diana and all things royal!