It's been four years since Packed to the Rafters last graced our screens.
The Channel Seven drama, which debuted in 2008, made the entire country deeply invested in the intricate lives of the Rafter clan.
Every week, we'd all eagerly tune in to see what was happening with everyone's fave family, Julie and Dave Rafter and their four kids Rachel, Ben, Nathan and baby Ruby Rafter.
It also made the nation fall for the shows stars Rebecca Gibney, Erik Thomson, Jessica Marais, James Stewart, Hugh Sheridan, Zoe Ventoura, Angus McLaren, Jessica McNamee and George Houvardas.
In 2013, when we left the family, Julie and Dave had taken their little girl on road trip around Australia.
It was a goodbye we knew we'd have to say, but if 2017 has taught us anything... Some goodbyes don't need to be forever.
Look at Gilmore Girls, Twin Peaks, Will and Grace... And almost McLeod's Daughters (we're still sobbing), it's clear the world is obsessed with revivals, reboots and nostalgia and it got us thinking:
Could a Packed to the Rafters reboot ACTUALLY happen?
Short answer: Yes...
Long answer: Logistically it's going to take work.
Channel Seven never ruled out a return to the Rafters "universe."
The finale essentially "wrapped up" everyone's story lines in a way that things could easily be pried open again.
So, let's take a look where we left our Rafter favourites

We may always see Rebecca Gibney as Julie Rafter, but the 52-year-old has been very busy since wrapping up the iconic role.
She's smashed out several feature films, including starring alongside Kate Winslet in The Dressmaker in 2015.
She also led dramas The Killing Field in 2013, its follow-up series Winter and the 2015 miniseries Peter Allen: Not The Boy Next Door, where she played Peter’s mother, Marion.
Since hanging up her Julie Rafter apron, her proudest achievement is the show she helped create, Wanted.
Despite her remarkable filmography, Rebecca will always have Julie in her heart.
She told Now To Love exclusively, "I always identify with every role I play. I think obviously Julie Rafter was incredibly close to my heart. It was like putting on a second skin everyday when I went to work. She was very much like myself and my sisters."
"I put a lot of elements of my sisters into the role of Julie – so was very comfortable." 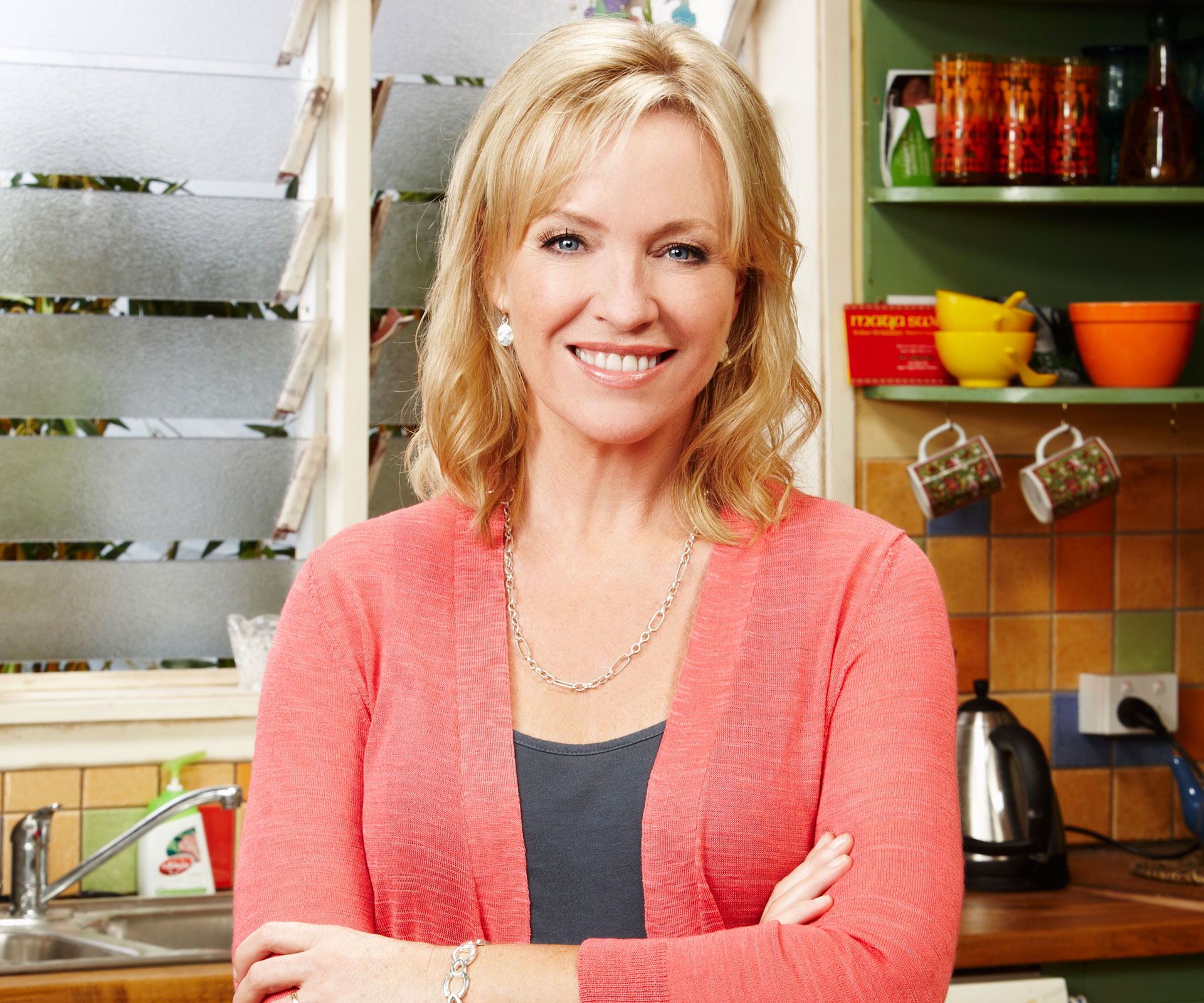 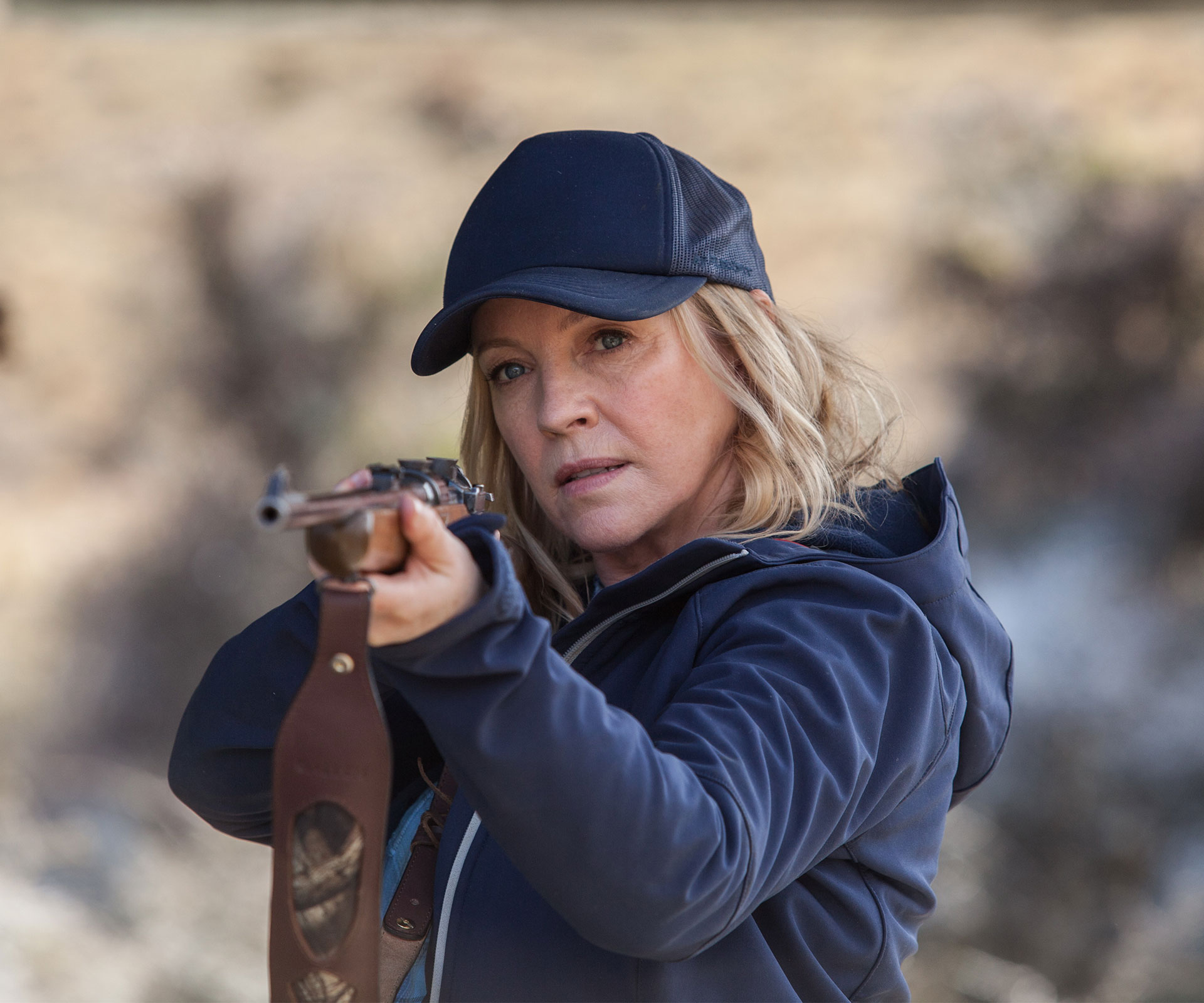 Julie Rafter has had so many amazing television moments.
We still remember when she and Dave found out they were pregnant with their fourth child.
With the mum on the cusp of menopause, she feared her baby could face numerous health issues but in season two she gave birth to a very healthy girl - Ruby Rafter.
She's one of the country's most successful stars... But would she return to our screens as Australia's favourite mum?
"I never say never!"
She confessed, "The hard thing is getting everybody back together, because everyone has gone on to be hugely successful."
Proving she really is like Julie Rafter, Rebecca updated us on her on-screen family.
"Jess Marais is smashing it with Love Child and The Wrong Girl and she’s always very busy. Hugh Sheridan is doing big things in America."
She continued, "Angus McLaren has just come out of Western Australian Academy of Performing Arts (WAAPA) and then he’s got Doctor Doctor."
"Of course Erik’s doing 800 Words," she added.
Not forgetting anyone, she continued, "Then there’s Jessica McNamee who has done that huge Hollywood film about the shark [The Meg]."
Despite having a very busy [TV] family, Rebecca Gibney doesn't think a reboot is completely out of the realm of possibility.
"If by chance all of them get a break together, I would be very happy to do a reunion."

Both Rebecca and Erik Thomson made the decision to call it a day with Rafters.
After taking a well-deserved break, Erik once again became our favourite TV dad in the dramedy 800 Words.
It was a series created specifically with him in mind, and in addition to starring as protagonist George Turner, Erik was also appointed associate producer for the show.
The show has been a huge hit, earning Erik a Logie for Best Actor. 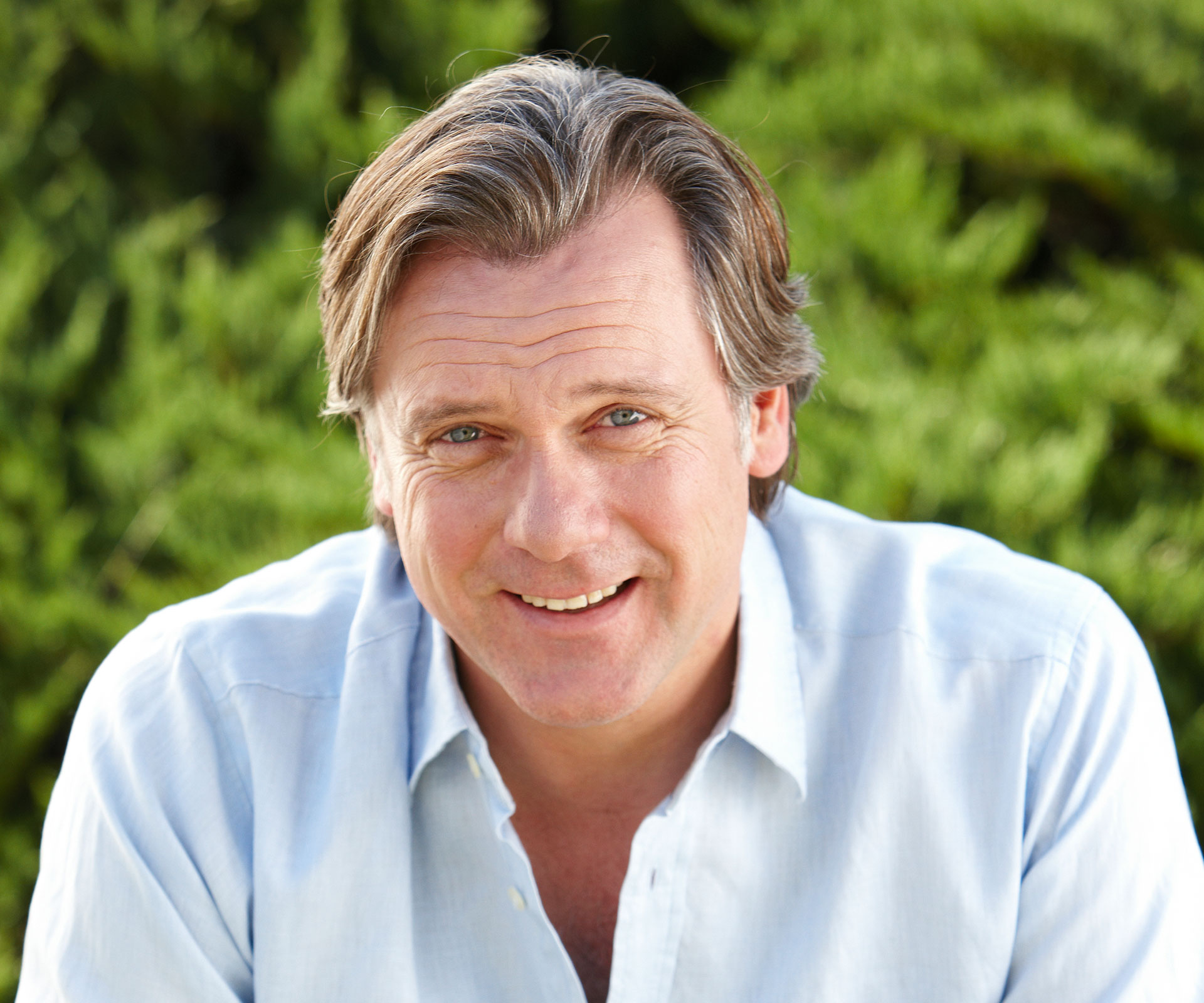 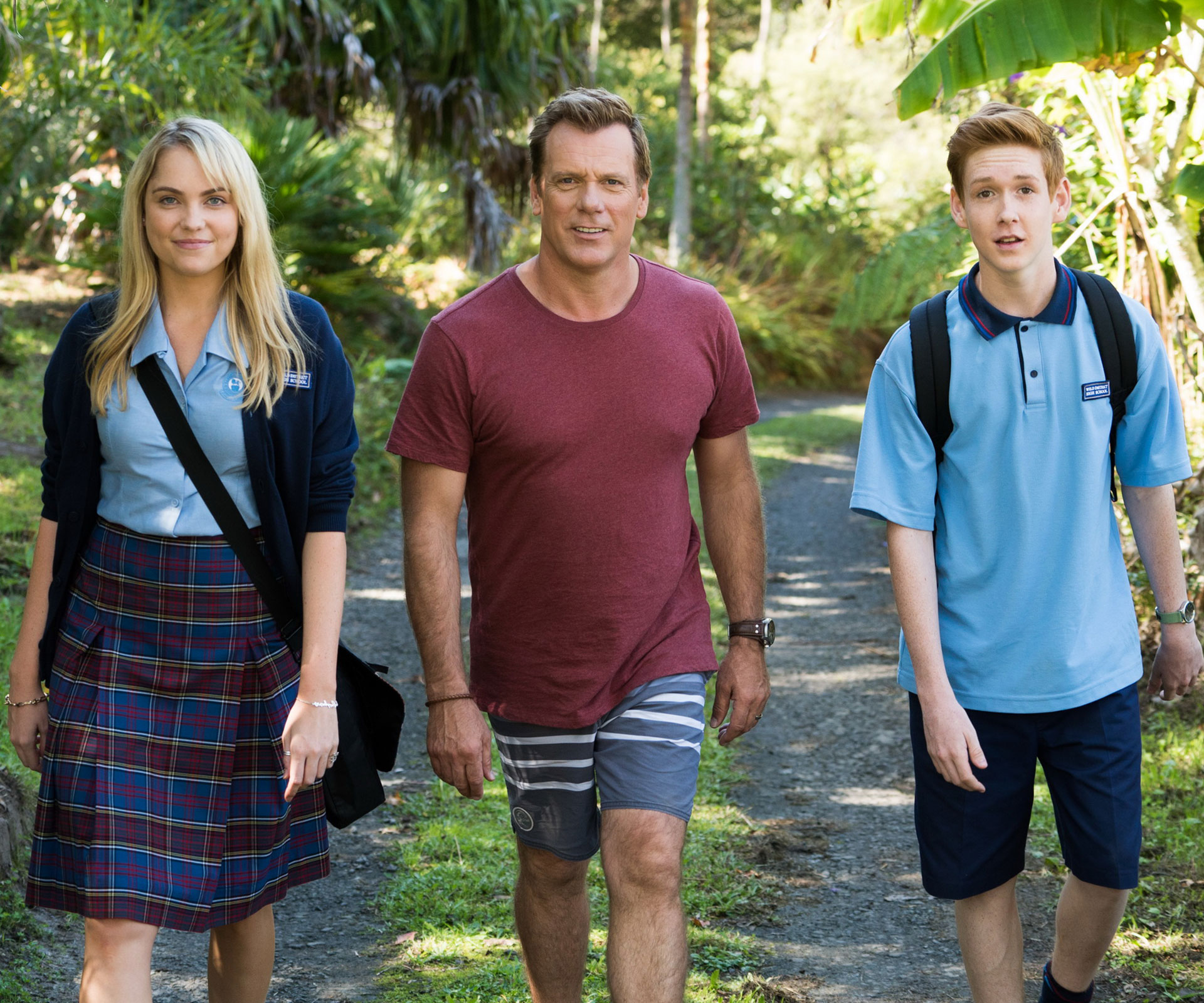 For the most part, Dave Rafter was the actual best.
He was a brilliant dad, doting husband, fantastic electrician.
But any true Rafter's fan will remember season five showed that even the seemingly perfect couple can have relationship dramas.
One night Dave got drunk and kissed his apprentice Frankie, played by Brooke Satchwell.
While the 50-year-old hasn't spoken about whether he'd come back to the show - Erik is still very good friends with Rebecca.
Just this year Rebecca described him as the "best ever on-screen husband" and that she'd "love to work with [him] again."
With such high praise, we reckon Erik wouldn't need too much arm twisting.

We're calling it: Rachel Rafter will go down as one of the greatest TV characters of all time.
The bubbly blonde was played by Aussie superstar Jessica Marais.
Rightly so, she's one of the country's biggest names starring in pretty much every hit show including Love Child and The Wrong Girl.
Jess even did her stint in Hollywood but for the 32-year-old, being a mum to her five-year-old daughter Scout is her greatest role.
"Being a mother is incredibly confronting because you're faced with all your inadequacies right there in front of you," she told The Fix.
"She teaches me about letting go and not trying to control or change who she is going to be."
Adding, "Obviously I want to parent her, but she is going to have her own likes and dislikes... And she'll be her own little spirit - whoever she chooses to be."
And Scout sounds like a ray of sunshine.
"I just want my daughter to grow up knowing she’s supported, she’s beautiful and that beauty is not just an external thing," she once mused.
"Scout is very affectionate, very intuitive and displays amazing compassion."
"If I’m ever having a hard day, she runs up and grabs my face in her two little hands. She can make everything peaceful and Zen with one simple gesture." 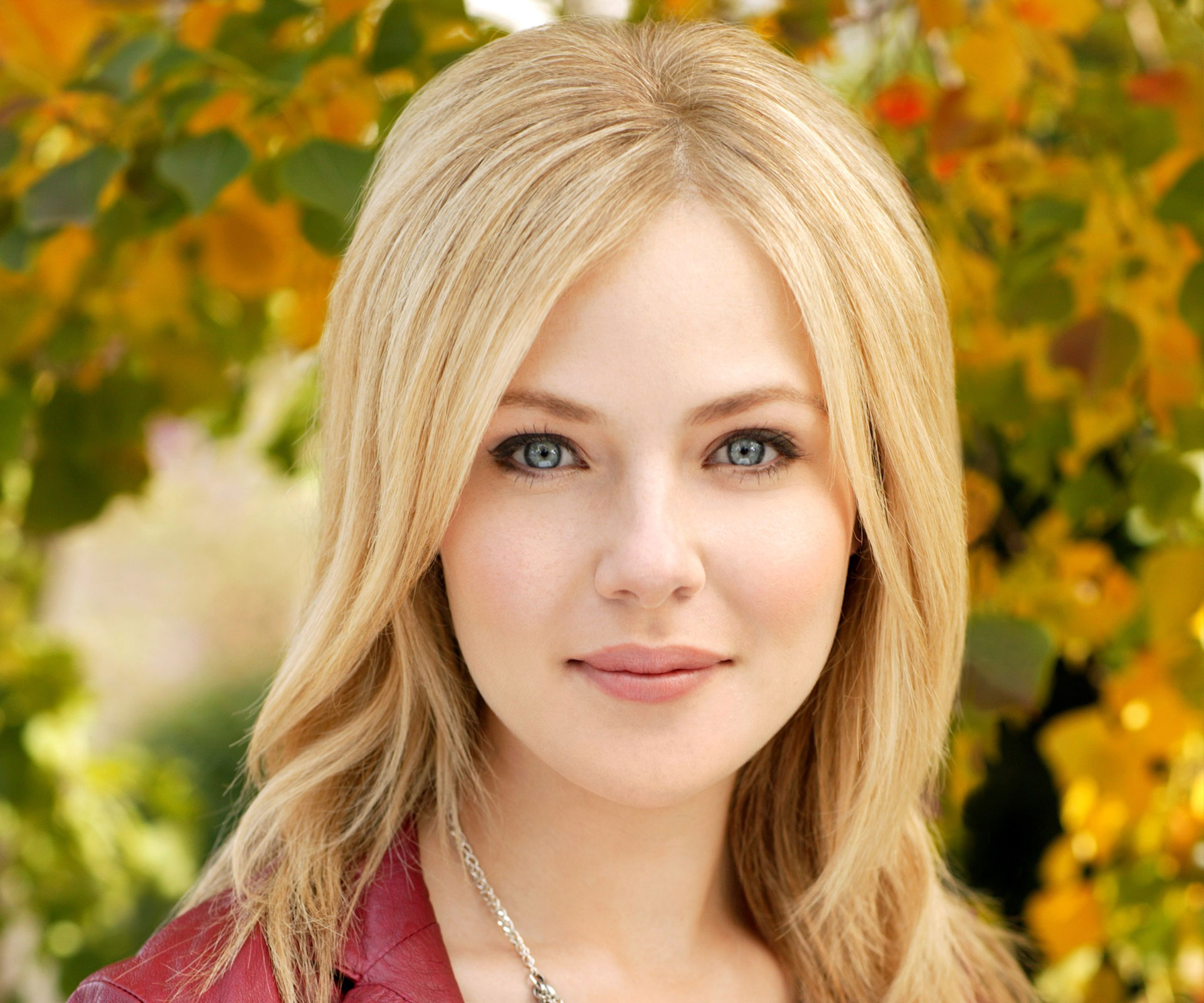 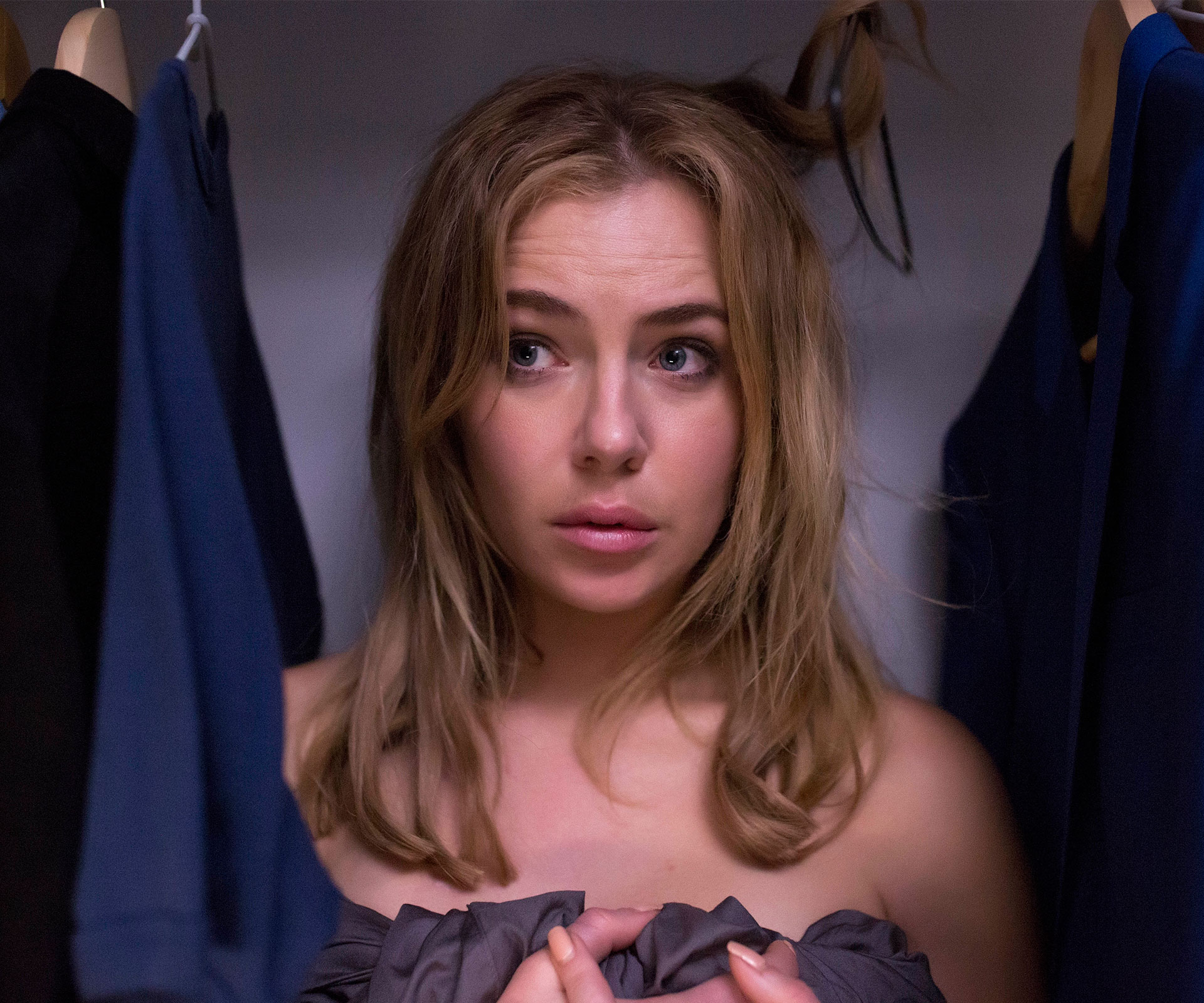 Why everyone loves Rachel Rafter

When we first met Rach, she was attempting to leave an abusive relationship.
She went through the ringer but we saw Rachel Rafter fly.
But it was her on-screen romance with Jake Barton that had fans going wild.
Jessica Marais' life was mimicking her work, with the actress falling in love with James Stewart.
Life imitated art and soon Jess and James were together - and engaged - in real life!
The pair went on to have their darling girl Scout, but sadly called it a day in 2015.
James spoke out at the time, remarking, "Our relationship didn't work out because I think hearts go in different directions eventually."
They may no longer be together, but the pair are very committed to co-parenting Scout.
While they remain friendly, something tells us they wouldn't be too keen to play lovers again.
In saying that, Jess is very close to Rebecca.
Speaking of their bond, she mused, "As soon as we catch up again, we just go straight back to mother and daughter stuff."
"She will forever be my mother."

Hugh Sheridan, what can we say, he's our dream House Husband, he's got a voice of an angel...
And when he wears a towel, a little part of us dies and goes to heaven.
The 32-year-old has been all kinds of busy since wrapping his role as Ben Rafter.
While he might be making some major waves in America, his heart lies down under.
In an exclusive chat with Now To Love, he told us, "I have been looking to come back to Australia, I’m just sort of waiting on the right project. The more time I spend back here, the more I miss being here."
"I said to my agent the other day, 'Let’s look for the great opportunity, a great new role and get right back into it. Because I do love Australia so much!" 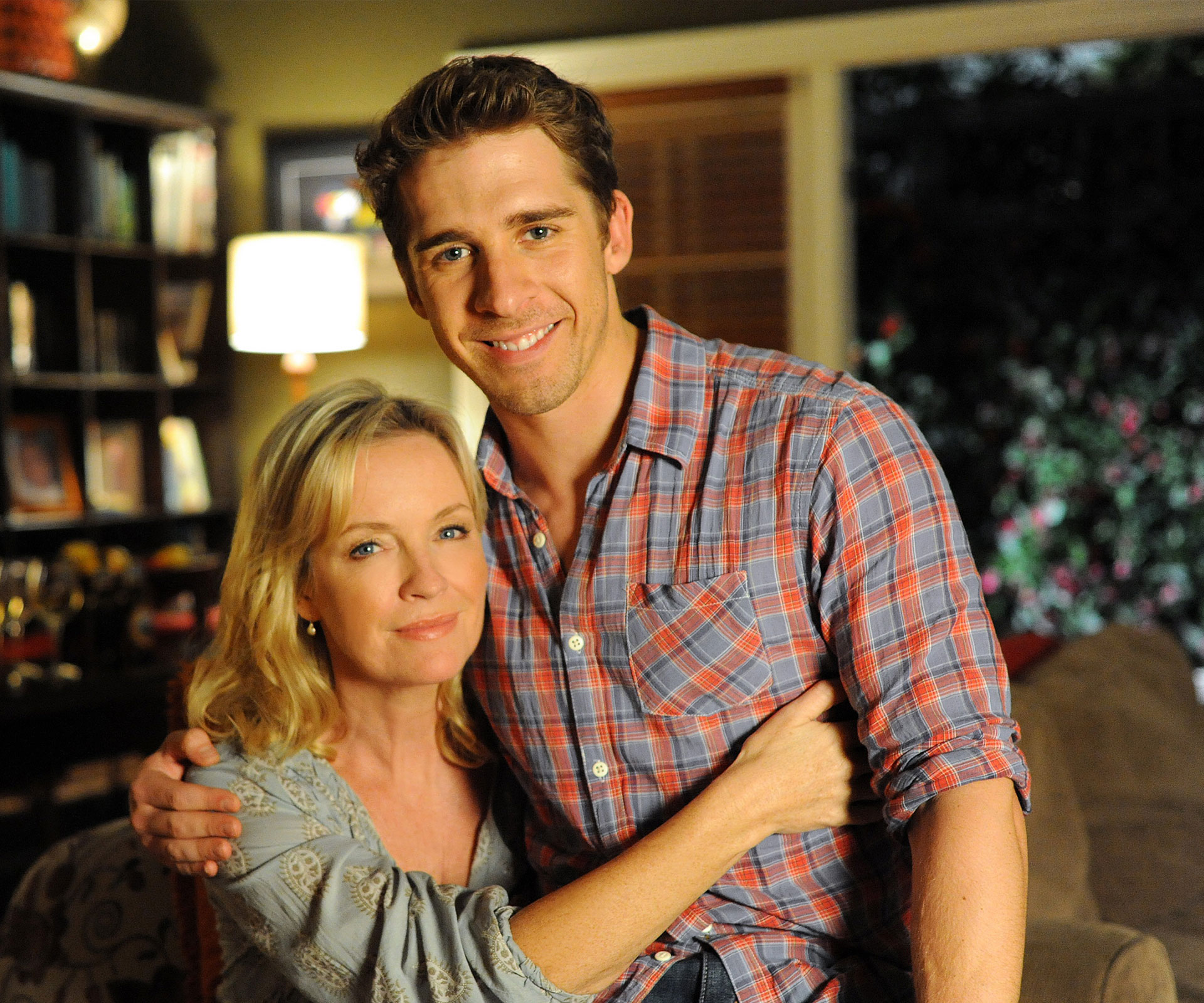 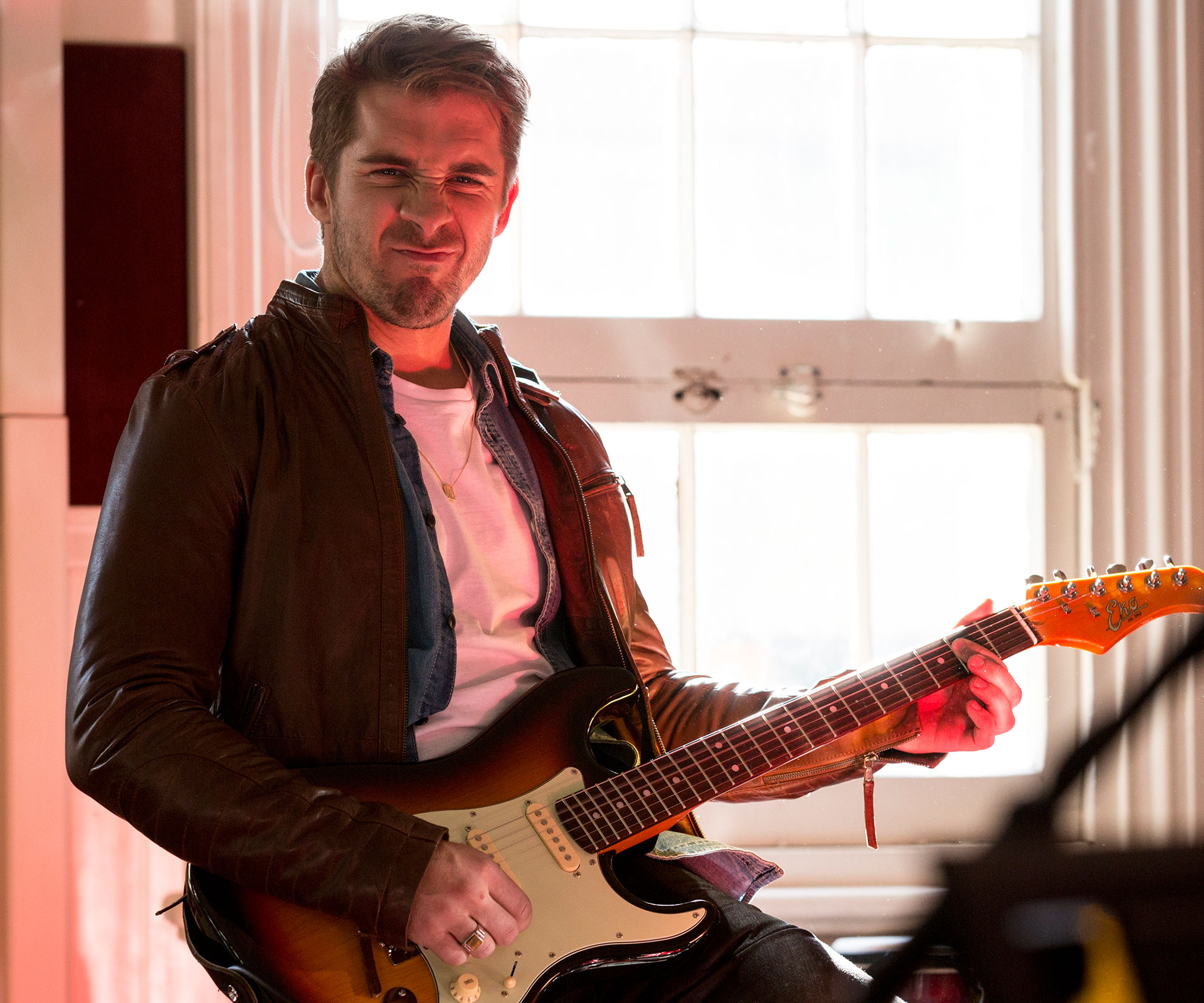 Let's be honest, Ben Rafter was a total babe.
He was also a total child, living the ultimate bachelor life with his best mate Carbo, portrayed by his real-life best mate George Houvardas.
But thanks to his love interest Mel, played by the vivacious Zoe Ventoura, we saw the middle Rafter grow up.
They even got married, and life was pretty swell.
Then the worst thing on Australian TV happened: Mel Rafter was killed in a car accident after she drove through a stop sign.
We're still weeping.
So would Hugh be on board with a reunion?
"I think they talked about it for a long time and it’s come and gone," he exclusively told us, but don't worry - there's still hope!
"I’d never say never! That would take a lot of work to get everyone back together."
We'll take it!
The actor gets why we adored the show, musing, "I think it resonates because it was very honest. They were watching a show and going, 'That family is just like my family!'"
"In the show, I remember Ben gets super, super drunk off a goon bag and everyone loves that. People still talk to me about that episode!"
It won't come as surprise that Hugh is still close to the gang, telling us he's really good mates with his "dearest friend" George Houvardis, Jessica Marais, Jessica Macnamee and his former-on-screen wife Zeo Ventura.

His shaggy hair might be a thing of the past, but Angus McLaren still channels his best Nathan Rafter with ease.
The 29-year-old has moved on from his days as the Rafter's youngest son.
You'd recognise as the tough as nail ex-military gun, Dr Toke on Channel Nine's Doctor Doctor.
Speaking to TV Week about his very different character, he remarked, "He’s a bit of an action man."
"I wanted the chance to play a character quite different  to ones I’ve played before."
Since the show wrapped, Angus went back to school, graduating last year from the Western Australian Academy Of Performing Arts (WAAPA). 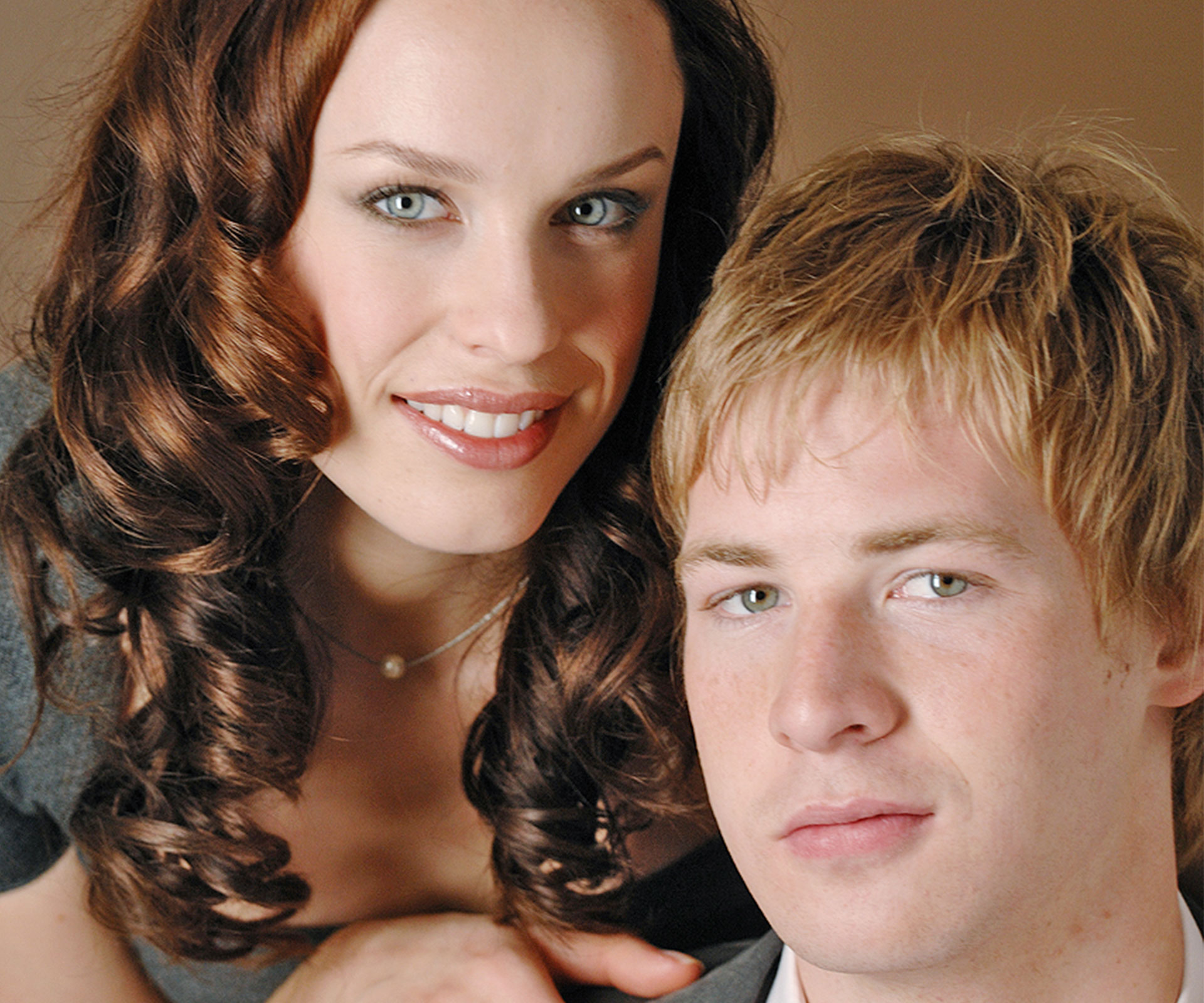 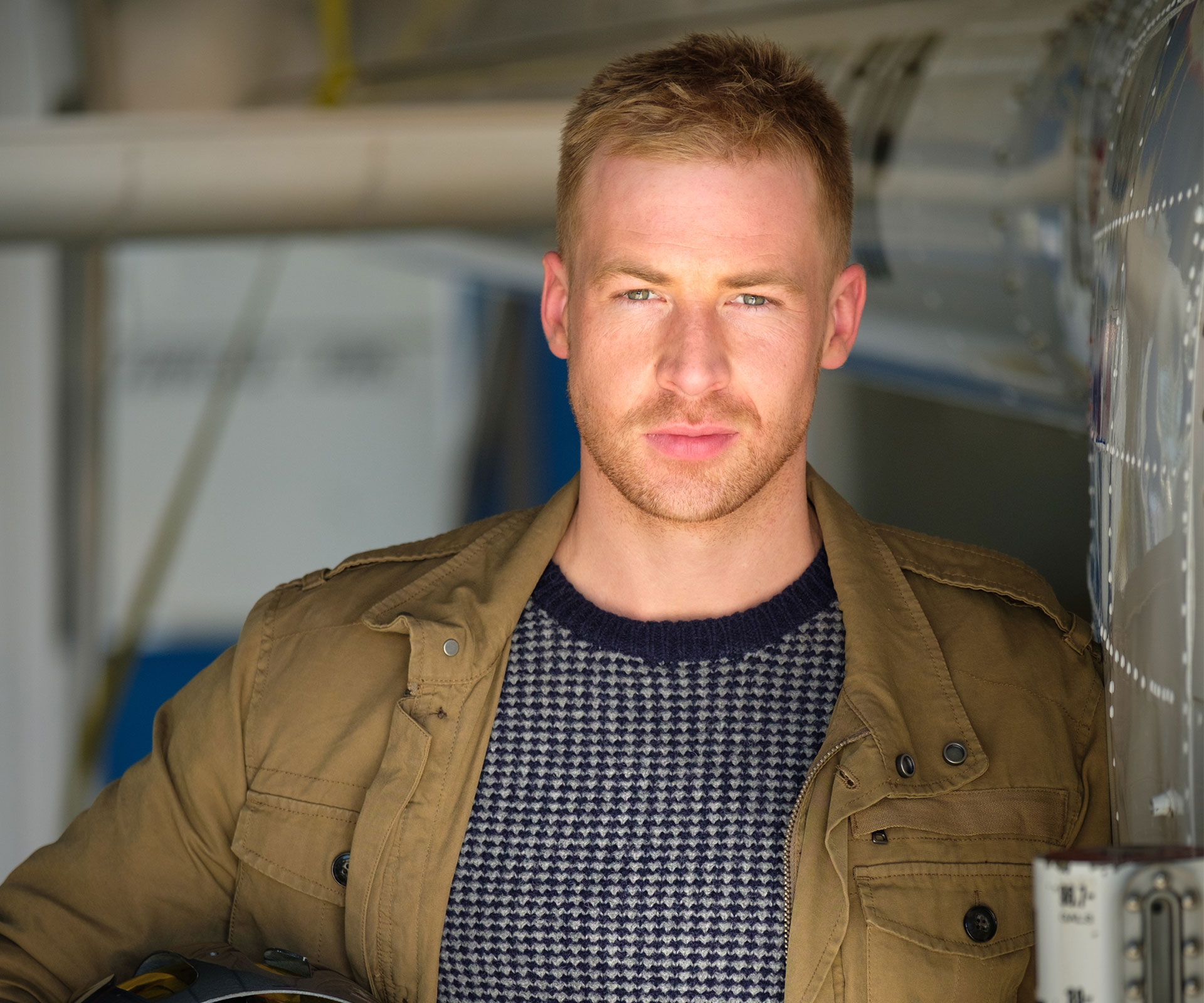 Nathan Rafter *actually* grew up in the end!

There's no denying Nathan Rafter had his own bag of drama.
He had many failed business and career ventures and then was the demise of his marriage to Sammy, portrayed by now Hollywood star Jessica Macnamee.
But Nathan Rafter grew up.
The youngest Rafter boy became a single dad. When he returned from London, he came back with a wife, Saskia, and a baby boy Edward.
Saskia suffered from post-natal depression, leaving Nathan to be the sole parent for his son.
If everything aligned, we think Angus would be up to reprise his iconic role, admitting he still looks back on Rafters fondly.
"There hasn’t been anything in Australian TV history that exploded quite like that," he quipped.
"I’m incredibly grateful  for that whole experience."