If you love The Bold and the Beautiful, you have nothing on 32-year-old Sammie who's been hooked on the show for over 20 years.
The Adelaide blonde was visited by Studio 10 to share her love for the daytime drama and even revealed she had a tattoo of four characters on her arm- Stephanie Forrester, Eric Forrester, Sally Spectra, Ridge Forrester and of course Brooke Logan, played by the ageless Katherine Kelly Lang.

"It's consistently dramatic, it's perfect, I love it. It's the best show ever," Sammie said of the show before revealing she watches it every day.
And Sammie was in for a shock when she was surprised by none other than Katherine Kelly Lang herself who then rewarded her with tickets to visit the show's set in Los Angeles paid for out of her own pocket.
"My sweetie Dominique Zoida and I have been thinking for years we want to give something back to the fans because they do so much for us," she told Sammie on the Network Ten morning show.
"So we have chosen you among so many other fans to come take a flight to Los Angeles, we'll put you up for three nights, you can join us on the set and we'll give you a little tour and hopefully if you can come during the month of June, you could join me on the bus tour," she said.
"We're also impressed with your tattoos," she told Sammie who was still reeling from her surprise. "I'm not saying that everybody should go out and get tattoos of The Bold and the Beautiful on their arms but it's beautiful on you and you're so brave and so amazing to do that."
Want to see the tattoo? Of course you do. Swipe across to see how it compares to the real Katherine/Brooke. 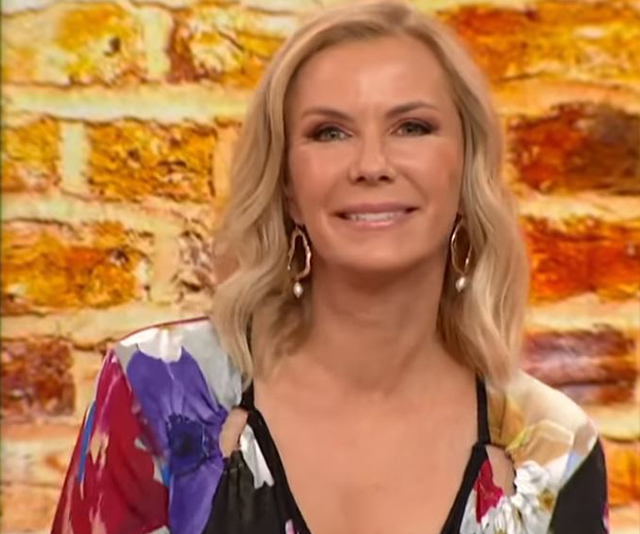 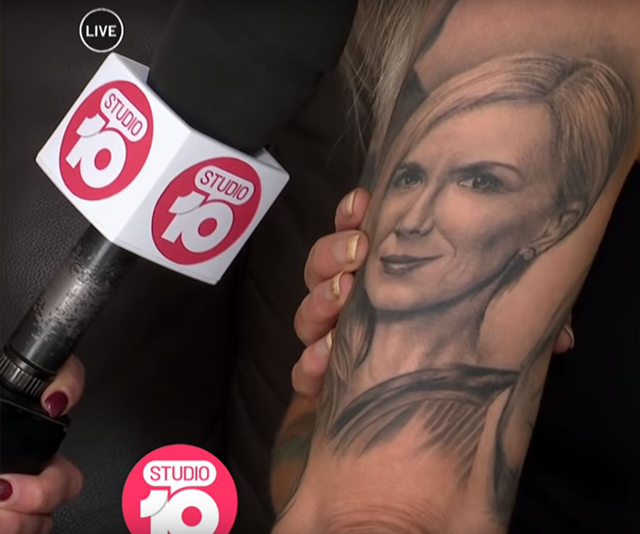 ← Slide →
Of course this isn't Katherine Kelly Lang's first trip to the Land Down Under.
The 57-year-old took part in this year's season of I'm A Celebrity Get Me Out Of Here and revealed she'll be coming back to Australia four more times this year. And we fell in love with her in the South African jungle, so we reckon she's an honorary Aussie!
WATCH: Katherine Kelly Lang is eliminated from I'm A Celeb. Post continues...
"When you put yourself in that position you kind of realise how blessed you are. You realise how lucky you are to have a great job and to have an amazing family," Katherine told Now To Love after her stint in the jungle.
"So much of that you take for granted, but when you're stripped of it and when you're put in that situation you really appreciate the things that you do have."