If you're anything like us, you'll remember the golden age of Friends like it was only yesterday.
No doubt you'll also have fond memories of the adorable character Emma, the love child of Ross and Rachel.
Ah yes, the good old days, where twin actresses Cali and Noelle Sheldon's sweet portrayal of the baby girl had us thinking that they'd never grow older, remaining adorably button-nosed forevermore.
But here to give us a very rude awakening are the actresses themselves, who are now not only all grown up, but also starring in a very unlikely movie that'll shake you to your core - quite literally.
The child actresses sent shock waves across the world in March when their portrayal in new cult horror film Us, directed by the renowned Jordan Peele, was revealed for all to see - and suffice to say we're freaked out - and not just because of how grown up they are.
We'll keep the details around their roles under wraps for spoilers sake, but we can reveal the pair play twin daughters to Elisabeth Moss's character in the film.
For context, here's a sweet picture of the girls when they were adorable little girls.
Now, swipe to take a gander at how much they've grown up! They're 16 years old! 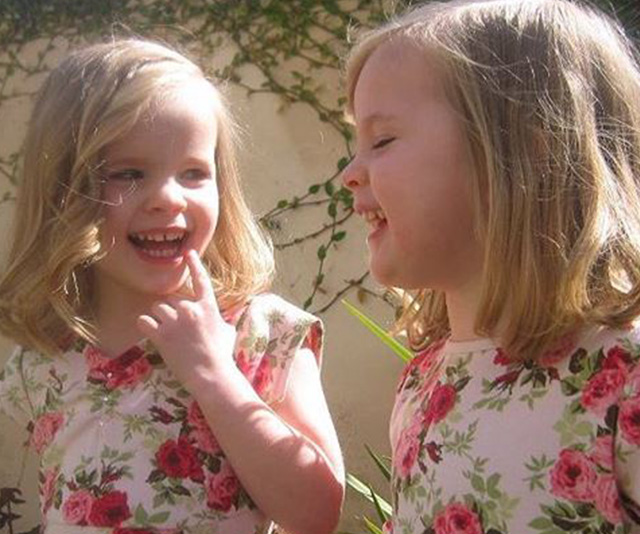 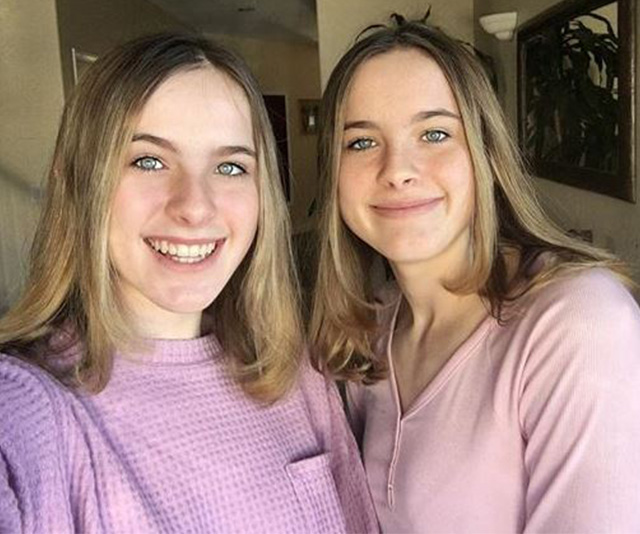 ← Slide →
We're not sure what to say. So we'll let Joey express everything we're currently feeling.
The 2019 horror film is already generating a big buzz as Australian cinemas prepare to officially release the film on Thursday, March 28th.
In fact, it's already received a 95% rating on Rotten Tomatoes, as well as high praise from critics including Vulture's David Edelstein, who said, "Us continues to demonstrate Peele's understanding that great horror requires metaphors that are insanely great."
Meanwhile, Empire UK's Chris Hewitt said: "A stunning sophomore effort from Jordan Peele. Get in."
Starring alongside Cali and Noelle Sheldon is Oscar winner Lupita Nyong'o, Winston Duke and the aforementioned Elisabeth Moss.
You can watch the trailer (at your own risk!) in the player below.
Story continues after video...
The twin sisters have certainly come a long way since playing baby Emma on the legendary TV show.
Since their early claim to fame, the pair then starred in a number of short films over the years, as well as appearing in another TV series, Life.
But with this new blockbuster acting credit to their name, we're pretty sure this won't be the last we'll see of the talented twosome.
We'll be keeping our eyes peeled for many red carpet appearances to come... and weeping into our old cassette recordings of Friends episodes.