Disney fans, your wish is our command!
The new Aladdin trailer has dropped and whether you're a fan of the original ready for some nostalgia or you're planning on taking the kids to the movies, it looks like we're in for a treat.
Directed by Guy Ritchie and starring Will Smith as the wise-cracking Genie, the remake is set to hit Australian cinemas on May 23rd 2019 and we're counting down the days.
Watch the full trailer in the player above!

Fans originally had a lot of thoughts about Will Smith as the Genie, who was voiced by the late great Robin Williams in the original animated movie.
After the first teaser trailer dropped, many were sceptical about the Fresh Prince star taking on such a role and were also startled by his very blue, very CGI look. However in the first official trailer, we also see the Genie take on a more human form and the Internet is abuzz with praise for the movie.
Watch the first teaser trailer below. Post continues after video...
Will Smith opened up about taking over from Robin Williams to Entertainment Weekly back in December last year and was well aware of the big shoes he has to fill.
"Whenever you're doing things that are iconic, it's always terrifying," he told EW.
"The question is always: Where was there meat left on the bone? Robin didn't leave a lot of meat on the bone with the character."
Fans also had a lot to say about the up-and-comers Mena Massoud and Naomi Scott who are starring as the titular hero Aladdin and Princess Jasmine respectively.
British actress Naomi Scott, who is also set to appear in a Charlie's Angels remake, has been criticised as she is of half Indian descent rather than Arabic, where the film is set. However after seeing her in the trailer in her finery and singing the hit song A Whole New World, many were convinced.
"I literally started crying when @NaomiScott started singing in the Aladdin trailer. I CAN'T WAIT FOR THE MOVIE! She's a wonderful Princess Jasmine! 💕" one fan tweeted.
"Hearing Naomi Scott sing "A Whole New World" in the new Aladdin trailer is EVERYTHING😭💙" another gushed.
Slide across to see how Naomi Scott compares to the original cartoon Princess Jasmine. Post continues... 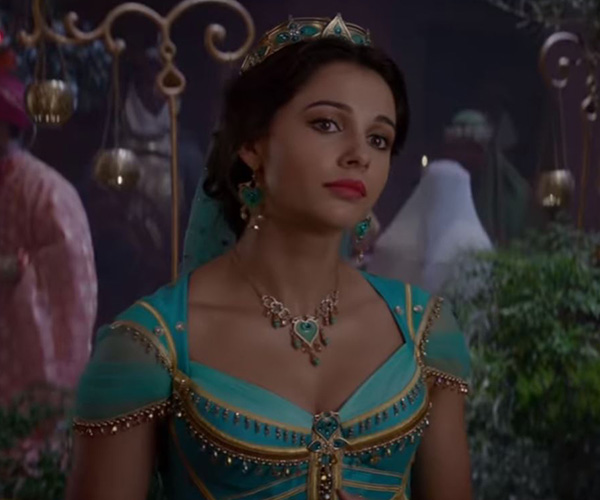 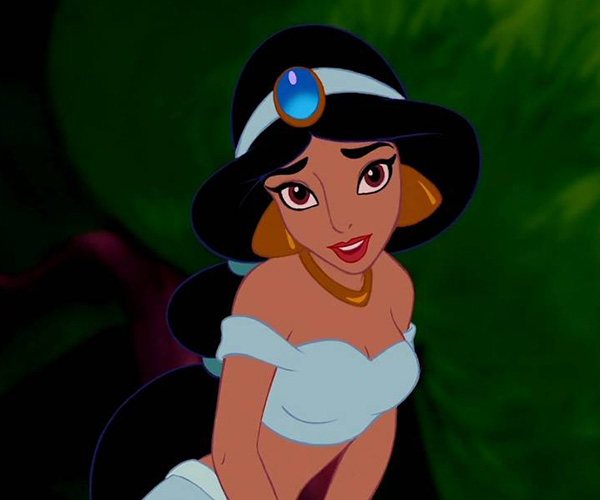 ← Slide →
She may be one of the feistier Disney princesses but both Naomi and director Guy Ritchie said Jasmine is getting a 2019 character revamp and will showcase more feminist, present-day ideals.
"Jasmine's main objective at the beginning is to really protect her people and to do right by them," Naomi told EW.
"She definitely isn't a finished article at the beginning of the movie, but she has this beautiful arc and progression, and she goes from asking for what she wants to just taking it, and displaying that she is a leader."
Director Guy Ritchie added that the princess will be "a more rounded character and maybe not being such a stereotype of the time."