He's the Oscar winner who loves to get method.
And now Jared Leto will take on his next big role, portraying the iconic Hugh Hefner in a new biopic.
News of the Thirty Seconds to Mars frontman playing the Playboy creator was confirmed by film-maker Brett Ratner.
The director of the movie told The Hollywood Reporter, "Jared is an old friend."
"When he heard I got the rights to Hef's story, he told me, 'I want to play him. I want to understand him.' And I really believe Jared can do it. He's one of the great actors of today."
Brett has been hoping to immortalise Hef's legacy on the silver screen.
In fact, in April the 48-year-old invited Jared to Hugh's legendary Playboy mansion for the screening of Amazon's docuseries American Playboy: The Hugh Hefner Story.
The premiere was also a celebration of Hugh's 91st birthday, but unfortunately due to his ailing health he was unable to meet and greet guests.

Despite Jared not getting his chance to chat to the iconic figure, Brett believes the Oscar winner has the acting chops to step into the infamous red silk gown.
"There's enough footage on Hef out there that Jared will be able to get as much information as he wants."
The 91-year-old had given his blessing to the project, having said, “In recent years there has been plenty of interest and much conversation about doing a feature film based on my life. I have always believed that when the timing was truly right, the perfect creative partners would come together for this project. I believe we’ve found those partners in Brett Ratner and RatPac Entertainment. I’m very much looking forward to this collaboration.” 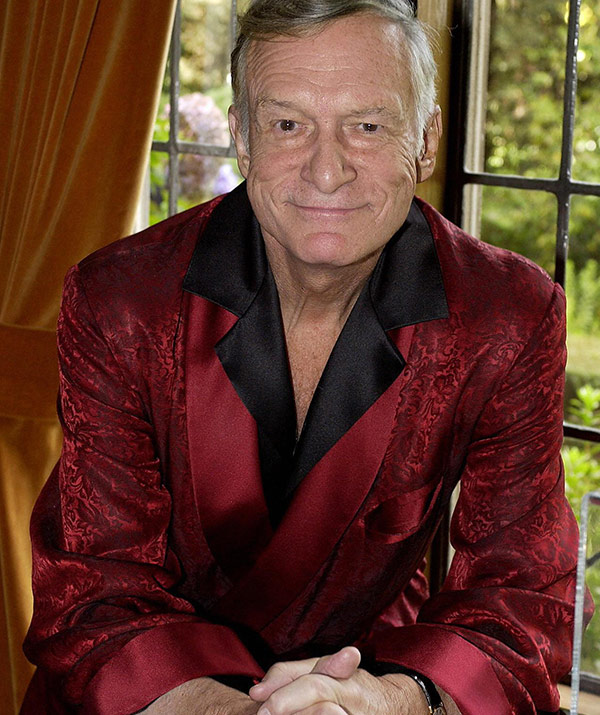 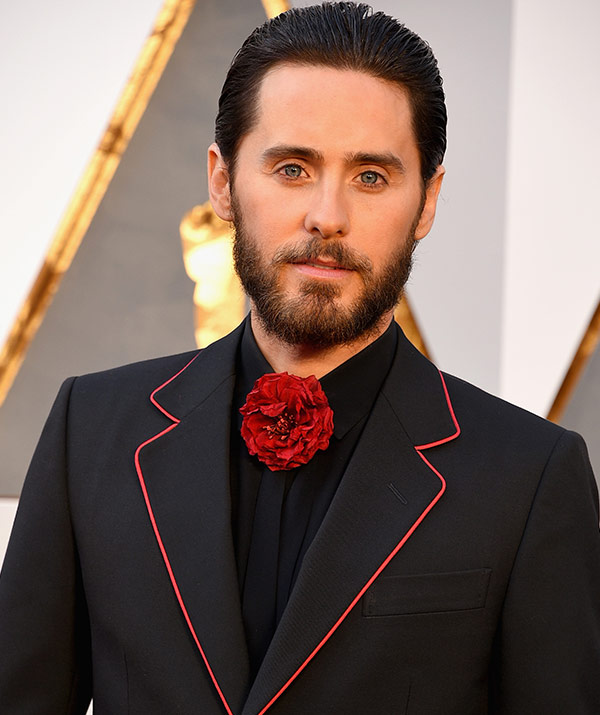 ← Slide →
Hugh Hefner passed away last week on September 27 at the age of 91, leaving behind his four kids and wife Crystal Hefner.
It was revealed that the iconic founder and mogul of Playboy magazine passed away due to a combination of cardiac arrest and respiratory failure.
His death certificate also revealed he was also fighting against E. coli and septicaemia (a type of blood poisoning) for at least a week before he passed away.
He was farewelled on Saturday by his wife, four children David Hefner, 62, Christie Hefner, 64, Marston Hefner, 27, and Cooper Hefner, 26, plus a select group of friends and Playboy staff at the Westwood Village Memorial Park Cemetery.
“We laid him to rest Saturday. He is in the place he was always certain he wanted to spend eternity," wife Crystal revealed, sharing he was placed in the crypt next to his first ever Playboy cover girl, Marilyn Monroe.
“He was an American hero. A pioneer. A kind and humble soul who opened up his life and home to the world. I felt how much he loved me. I loved him so much. I am so grateful. He gave me life."
"He gave me direction. He taught me kindness. I will feel eternally grateful to have been by his side, holding his hand, and telling him how much I love him,” she added of his legacy.
"He changed my life, he saved my life. He made me feel loved every single day. He was a beacon to the world, a force unlike anything else. There never has and never will be another Hugh M. Hefner.”
"I join the world in mourning. I thank you for all of your condolences. To the people leaving sentiments at the front gate, we see you and grieve with you,” Crystal concluded.