Margot Robbie is very much Hollywood's current "it girl".
Everything she touches turns to gold... And it looks like the Australian-born actress is onto another winner with her new film I, Tonya.
The flick is based on one of sporting history's biggest controversies when in 1994, American ice figure skater Tonya Harding was involved in the knee-bashing of fellow American ice figure skater and rival, Nancy Kerrigan.
Before you watch Margot twirl into Tonya's skates - we look back at who are the real Tonya Harding and Nancy Kerrigan are... And what really happened on that fateful day on January 6th, 1994. 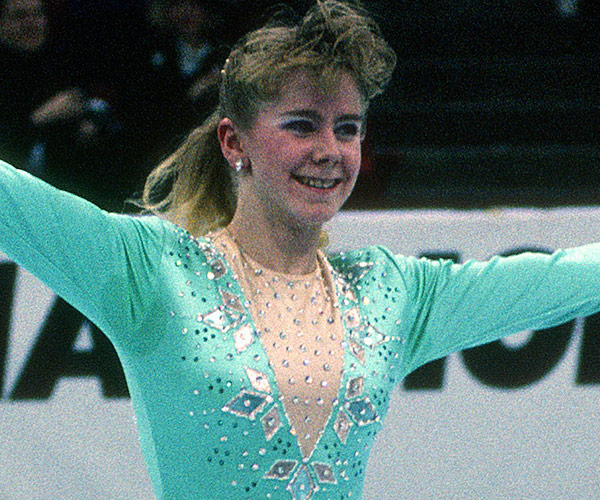 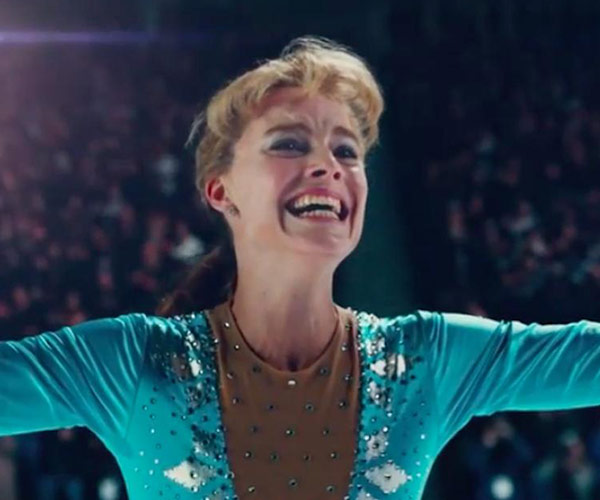 Who is Tonya Harding?

Tonya Harding is a former American figure skater.
Born November 12, 1970, the now-46-year-old is a two-time Olympian and a two-time Skate America Champion.
She famously became the first woman to ever land a triple axel at the US Championships. The performance earned her the first 6.0 in history for a single female skater in technical merit.
A once celebrated icon in the sporting world, in 1994 Tonya was left disgraced and banned for life from the U.S. Figure Skating Association.
23 years old at the time, Tonya was embroiled in the attack on fellow skater Nancy Kerrigan.
She pleaded guilty to hindering the prosecution but to this day, Tonya maintains her innocence about the crime.

Who is Nancy Kerrigan?

Nancy Kerrigan is a former American figure skater.
The now-48-year-old has multiple accolades including two Olympic medals.
At the time of the scandal, Nancy was 25 when she was hit on her right knee with a baton by a man reportedly hired by Tonya Harding's ex-husband, Jeff Gillooly.
The moments before and after the attack was caught on camera and shown on TVs around America and the world.
Remarkably after the assault, Nancy went on to win a silver medal at the 1994 Winter Olympics - ending her sporting career at an all time high.
Following her 1994 retirement, Nancy skated professionally for many years in a range of shows before making her foray into reality TV on 2017's Dancing With The Stars.

Rivals Nancy and Tony were both training for the 1994 US Women's Championships in Detroit, Michigan and it was a stressful time for the pair.
The competition was set for January 7th, 1994 - and it would decide which two athletes would qualify for the 1994 Winter Olympic Games in Lillehammer, Norway.
On January 6, just one day before the big qualifier, Nancy had wrapped up practice.
As she walked off the rink, she was struck in the knees with a baton, three times.
The attacked was orchestrated by Tonya's ex-husband, Jeff Gillooly.
He and Tonya's bodyguard, Shawn Eric Eckardt, hired Shane Stant to break Nancy's leg.
The incident will always be one of the most shocking events in the sporting world because the moments before and after were all captured on camera.
WATCH: Nancy breaks down just moments after her right knee has been hit. Post continues below...
Nancy Kerrigan's pained cries of "Why?" and saying she was struck with "some hard, hard black stick," still makes a heartbreaking impact.
She was hit on her right kneecap, which was her landing leg.
After examining the injury, Dr. Steven Plomaritis admitted to the New York Times, "He [the attacker] was clearly trying to debilitate her."
Miraculously, Nancy skated away with a few bruises and swelling but no real "debilitating" injuries.
Though she didn't compete, Nancy still managed to qualify for the Olympics.
Tonya did compete and came in at first place.

Before the Games began, Tonya's ex-husband, Jeff Gillooly, her bodyguard Shawn Eric Eckardt and Nancy's attacker Shane Stant were all found guilty and sentenced to prison.
The trio maintained throughout the trial that Tonya Harding knew and was involved with the attack.
To this day, Tonya says she had no clue.
In light of everything, the American Olympic Committee tried to disqualify her from competing in Norway, but she countered their attempt with a $25 million lawsuit.
When it was finally time to take to the ice at the Olympics, Tonya suffered a case of nervous jitters and bad equipment (her skate laces came undone moments before her performance) and came in eighth place.
Though some fans would cite karma playing a part.
Nancy, on the other hand, surpassed expectations and achieved her career best - coming in second and receiving a silver Olympic medal.

The aftermath of the Nancy Kerrigan attack

Tonya has always maintained her innocence.
She did, however, plead guilty to conspiring to hinder prosecution of the attackers.
As a result she received three years probation, 500 hours of community service, and a $USD160,000 fine. Professionally, it ended her career.
Tonya Harding had to withdraw from the 1994 World Figure Skating Championships and resign from the United States Figure Skating Association.
They later stripped her of her 1994 US Championships title and was subsequently banned for life.
The former Olympian confessed, "It was really hard because my whole life, everything was built around my skating career. And I lost everything."
"I mean I lost my life, I lost my career and everything else."
Nancy has remarked that the attack helped the sport.
"For skating, in a bizarre way it helped the sport because it brought awareness to so many of millions of people, who wouldn’t have watched otherwise," she's said.
"Because of it they watched and enjoyed it… And [they're] fans now!"
She also believes, in a round-about way, the attack ended up helping her.
"I was hurt obviously for no reason. Luckily I got well enough to still go and compete. I gave the performance of my life with the help of my family… And the world really."
She added, "The entire world got behind me. It was phenomenal how many people were there supporting me."

Four years after the 1994 Lillehammer Olympics, for the first-time ever, Nancy Kerrigan and Tonya Harding sat down for a face-to-face interview called Breaking the Ice.
On American TV, Tonya told Nancy, "It is very painful. Nancy I want to apologise for being in the wrong place at the wrong time [and] being around the wrong people."
"If I would have known anything in the beginning I would have done anything I could to stop it," she cried.
"I mean, I would have stopped everything I have in my whole life to do that. I say that from the bottom of my heart."
Nancy believes that Tonya isn't sorry about the attack.
Speaking out on numerous occasions, Nancy has stated that she has never received a "proper apology."
She admitted on an interview with 60 Minutes, "She may think she has but she has said things like ‘I’m sorry that happened to you.’"
"Strangers have said that to me. It’s not really owning up to her part in any way to me."

Was there an unhealthy rivalry between Tonya and Nancy?

Nancy recounts that the pair have known each other since 1987.
“We actually made history,” she mused of their phenomenal efforts in the sport back in 1991.
When asked “was this the last thing you’d expect for one of your colleagues to try and keep you out of the Olympics?”
“Well it had been brought up by other people who were thinking that.”
“I don’t know why – it’s such a bizarre thing.”
“I didn’t suspect it’d be her. I thought that was crazy, like why would anyone say that [about her]?”
She went on to admit, “I never had anything against her personally.”
WATCH: The moment they saw each other for the first time since the 1994 Olympics. Post continues...

Where is Tonya Harding today?

It's been over 20 years since the event.
Tonya Harding had many unique ventures after her skating career, including selling a sex tape she made with then-husband Jeff Gillooly for $USD200,000 to Penthouse.
She's was a waitress, a boxer for a few years and in 2008, she released her autobiography, The Tonya Tapes.
Tonya has been married three times and is currently with Joseph Jens Price, who she wed in 2010.
She has one son, six-year-old Gordon, who she shares with Joseph.
According to her pals, she's excited that her story will be resurfacing on the silver screen.
“Tonya is getting ready to be seen again,” a friend told People.
“She’s eating well and has lost some weight. She’s getting in shape and is even skating again. She’s really excited about this.”

Where is Nancy Kerrigan today?

Following her retirement, Nancy Kerrigan has remained within the spotlight.
She starred in a range of Broadway on Ice productions, guest appeared in TV shows, has done various sporting commentary and even played a part in the ice-skating comedy film, Blades of Glory, alongside Will Ferrell.
This year she was on the American edition of Dancing with the Stars, where she placed 7th.
In 1995, Nancy married her agent Jerry Solomon and they have two sons and one daughter together.
"My job is being with my kids after school and asking them how their day was," Nancy said about her main focus these days.