FACT: Khloe Kardashian is the realest of the Keeping Up With The Kardashians klan.
From making us laugh with her sass or giving us body goals with her incredible fitness dedication.
But the 33-year-old originally won over her legion of fans after overcoming a ridiculous amount of heartache.
Many of us thought... And hoped that the tough times were over for Khloe Kardashian, who'd finally found her happily ever after with Cleveland Cavaliers basketballer Tristan Thompson.
She finally had it all and the iicing on the cake - Koko's dream of becoming a mother finally came true.
Last December, the youngest of the Kardashian trio announced she was pregnant.
In a bittersweet twist, days before Khloe is set to give birth, footage emerged of Tristan cheating.
Any fan of Khloe Kardashian would know, this isn't the first time she's faced adversity.
We look back at 5 times our heart broke for Khloe Kardashian.

It's time to open this Pandora's Box.
After being seriously unlucky in love, everything catapuleted into romantic trajectory for Koko.
In 2009, Khloe Kardashian met NBA player Lamar Odom... And it soon became the original Married At First Sight.
After just one month of dating, the couple tied the knot in a ceremony that will stand as one of the best moments on KUWTK.
Everyone endorsed the unlikely couple. In fact, the pair even spurred their own spin-off series Khloe And Lamar.
They faced their own issues like struggles with trying to get pregnant, Lamar's inner demons and dealing with a new marriage - but we all thought they'd stand the test of time.
In 2013, after four years of marriage, fans were devastated to find out that the pair ended their romance.
The demise of their relationship was a result of Lamar's infidelity and drug use.
Khloe broke down on her reality show, crying to her sisters, "Let me tell you something — last year on my birthday, I lied to everyone, because I had to lie and say I was with my husband, when in fact my husband was missing with another girl, OK?"
"And I lied, and I gave up my Beyonce tickets to Kendall, that's how badly I was hiding. And I didn't have a birthday, I was alone, and lied to everyone."
For his part, Lamar owned up to his failings, admitting that despite his drug use and infidelity, Khloe gave him numerous second chances.
"If there is one thing I regret when I was married, it was having multiple affairs with different women. That wasn't the stand-up thing to do. I wish I could have kept my d--k in my pants," he told Us Weekly.
"Around two years before we split up, I was in the man cave she had made for me and she caught me. She was disappointed. So was I."
"The sad thing about it is, I don't know if I was disappointed because I was actually doing the drug or because she caught me."

Despite being separated from her husband, Khloe's world came crashing down when in October 2015, Lamar Odom was hospitalised after being found unconscious in a Nevada brothel.
At the time, doctors said he was in a critical condition and there were fears that he would not make it.
Dropping her life, Khloe stepped up as his main carer.
Lamar ultimately pulled through - and the pair were able to make a clean break finalising their divorce that year.

We're not too sure what it is about Khloe Kardashian - it may be her deep seeded attraction to basketball players - but she attracts bad boys.
One of her most scathing relationships was with Houston Rockets player James Harden. After meeting in 2015, James famously helped Khloe throughout the Lamar issues.
The duo broke up in February 2016, and Khloe revealed it was because he cheated on her.
After begging her to be in an exclusive relationship, Khloe discovered that James wasn't being faithful.
Sharing the truth on her chat show, she said, "I just don't want to put up with people that, you want to be monogamous, but you're not monogamous."
"He wanted that. I wanted it but I wanted to be realistic. He wanted to be committed. Then wasn't committed. KoKo had to let him go-go."

3. Khloe Kardashian faces questions about O.J. Simpson and her paternity

Khloe can't seem to catch a break when it comes to the question, "Who is Khloe Kardashian's real father?"
The star, who is the youngest daughter of Robert Kardashian, first faced paternity questions back in 2012, when her mum Kris spoke out about the unfounded rumors surrounding O.J. Simpson during an appearance on Good Morning America.
"It just gets weirder and weirder: I have never heard such crap in my life," the momager said at the time. "I mean, I was there! I gave birth, I know who the dad was."
Khloe settled the matter in 2017.
Retweeting a fan's comment, "The comments under Khloe's picture is sick. I'm so hurt she needs to deal with this all. Robert Kardashian is her father, leave her in peace."
Khloe added to the tweet, saying, "People are assholes but I don't care lol I focus on the good."
"They are all f*ed lol such assholes. Hehe oh well.... I'm happy and they hatin'[sic]"
Meanwhile, O.J. said that he is 100% not Khloe's dad, telling TMZ,
"Congratulations to [Khloe]. But trust me, I had nothing to do with it. I would be proud if I had anything to do with it, but I don't. God bless her!"

4. Khloe Kardashian feels like the black sheep of the family

Khloe Kardashian has always been brutually honest about feeling like the "black sheep" of the Kardashian clan.
She recently admitted that she still struggles when being compared to her sisters.
"My entire life I've been compared to my sisters and I don't look like them."
"I always had blonde, really curly hair and when you're young and you're chubby and tall… I would have teachers be like, 'Oh, you're Kourtney and Kim's sister?'"
She did confess that "those things stay with you forever," but she now looks at herself as her own person.
She also has touched on her body overhauls, remarking, "Honestly, sometimes I fell a lot of pressure to keep the body I've worked so hard to achieve. For a long time, I had insecurities about the way I looked physically."
"Sadly those insecurities were given to me by others. I personally felt I was beautiful "bigger"."
She went added, "Despite all my hard work in the gym, even now I have days where I might be feeling fat or frumpy (I think all women have these feelings)."
While Khloe avoids sharing her actual weight, she did admit that she lost close to 40 pounds (about 18kgs) after her break up with Lamar. 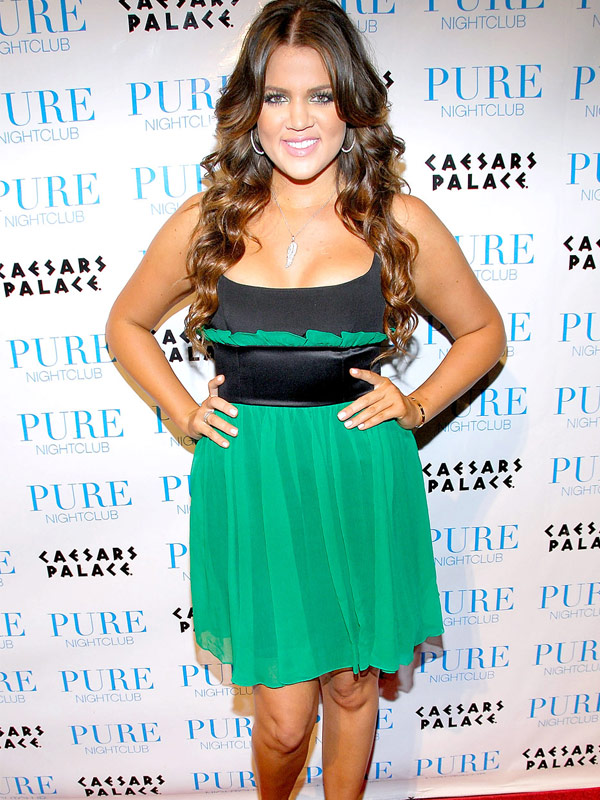 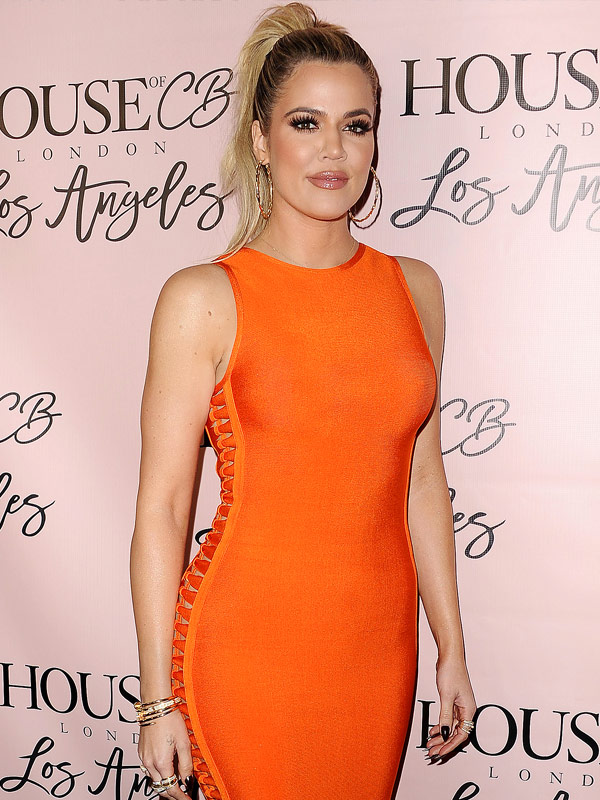 5. The time Khloe got arrested

This happened a decade ago, but in March 2007 Khloe Kardashian got arrested for a DUI.
At the time she was 24, and it was confirmed she served less than three hours of her 30-day sentence.
The most infamous moment surrounding her run-in was when big sister Kim decided to take a selfie on her way to see Khloe.