Prince William may think the third Royal Baby could join the world within a moment's notice but it's business as usual for a very pregnant Duchess Catherine, who delivered a keynote speech about children's mental health on behalf of the Royal Foundation at the at Royal Society of Medicine in London on Wednesday.
There was no missing the soon-to-be mother-of-three as she stepped out in an eye-catching pistachio-green three-quarter coat by her beloved British designer Jenny Packham.
READ MORE: Here's everything you need to know about Kate Middleton's baby!

The 36-year-old finished off her look with a matching green dress, nude pumps by Gianvito Rossi, sparkling cushion drop earrings by Kiki McDonough and her trademark tumbling curls were primped to perfection.
Kate's unmissable and resplendently bright ensemble reminded us of another Royal Family member's style - The Queen!
It seems the Duchess was channelling her dear grandmother-in-law, who is a huge fan of rainbow-bright colour palettes, especially shades of green.
As The Queen's daughter-in-law Sophie of Wessex explains, the monarch is very strategic when it comes to her outfits.
"Don't forget that when she turns up somewhere, the crowds are two, three, four, ten, 15 deep, and someone wants to be able to say they saw a bit of the Queen's hat as she went past. She needs to stand out for people to be able to say 'I saw the Queen,'" Sophie once revealed of the 91-year-old, and it looks like Kate's adopting this clever styling skill too!
At the event, Kate delivered a powerful address on the importance of early intervention for children and families to ensure strong mental health.
"We all know how important childhood is; and how the early years shape us for life," she said.
"We also know how negative the downstream impact can be, if problems emerging at the youngest age are overlooked, or ignored. It is therefore vital that we nurture children through this critical, early period."
Providing children in their earliest years with social and emotional security builds strong foundations which last a lifetime. I really do feel so passionately about the importance of early intervention, and that by working on new approaches together, we can make a real difference for generations to come."
It's believed this will be one of Duchess Catherine's final public appearances before she steps out of the spotlight and goes on maternity leave and prepares to welcome baby number three some time in April. 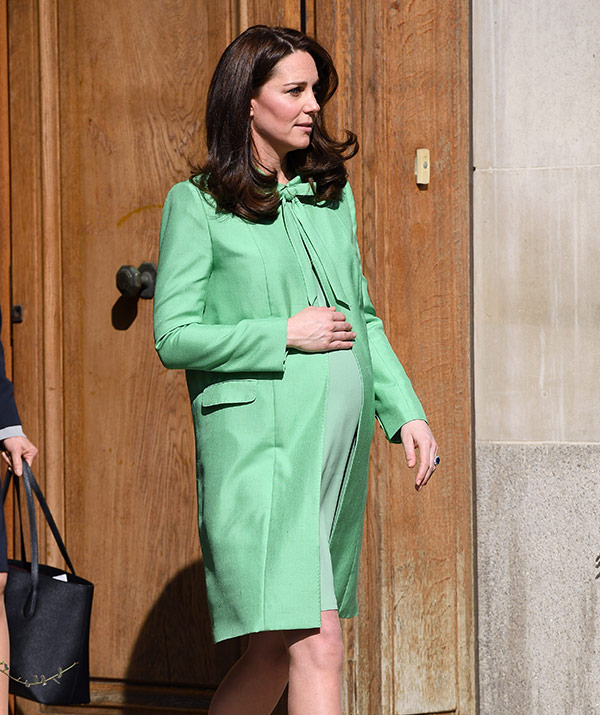 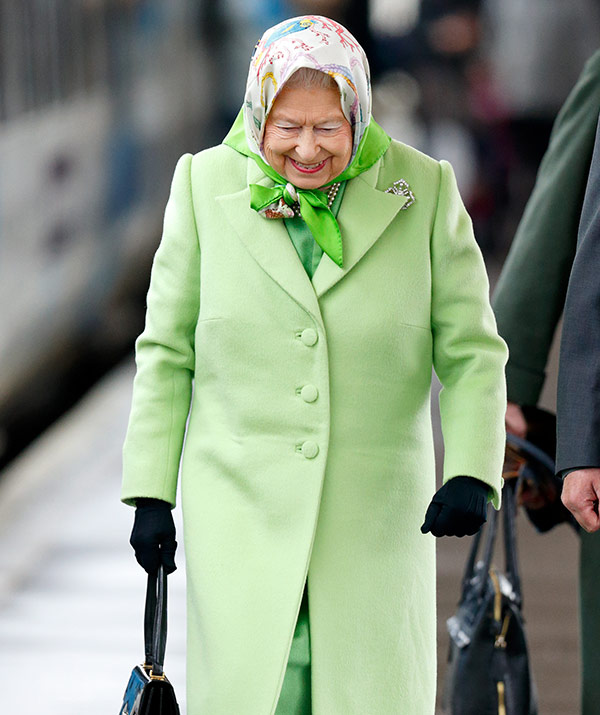 ← Slide →
Kate, Prince William and other key members of the Royal Family will next be seen on Thursday as they come together to celebrate the Commonwealth before the Commonwealth Heads of Government next month.
Earlier in the week, Prince William told Beatles hero Ring Starr during his Knighting ceremony he believed his wife might pop "any minute now", Hello! Magazine report.
Meanwhile a source recently told The Sun, baby number three could be due on a very patriotic holiday. The publication claims the royal couple will welcome their bundle of joy "on or around" St George's Day on Monday, April 23rd.
"There's no certainty with due dates of course but the Duchess is working off a date around St George's Day and it would be a lovely patriotic coincidence if he or she were born then," an insider explained.
To prepare royal watchers for Baby Cambridge, the Duke and Duchess have set up a website dedicated to Royal Baby updates, which you can follow here: https://www.royal.uk/baby
We'll be watching it with an eagle eye!
Obsessed with the royals? Join our Facebook group for the latest updates on Princess Diana, Prince Harry, Kate Middleton, Prince William, and all things royal!