Actors that undergo considerable physical transformations are often pegged to win the gold statues, think Nicole Kidman in The Hours and Tom Hanks in Philadelphia, and it’s certainly not uncommon to see an actor looking a little different film to film.
But some commit to their trade a little more aggressively than simple prosthetics or weight loss. Daniel Day-Lewis is synonymous with method acting, but Jared Leto is hot on his heels. From inflicting temporary blindness to living on the streets for weeks, the 30 Seconds To Mars front man sees every role as another exercise in total immersion.
He publicly apologised to Jennifer Connolly for his behaviour during Requiem for a Dream when he portrayed a heroin addict with a withered arm, but neither have ever revealed exactly what happened. If these other tales of his method acting are anything to go by, we can only imagine…

In his latest film, set for release next month, Leto asked for milky contact lenses that would actually impair his vision so that like his character, villainous android manufacturer Niander Wallace, he too would be blind.
"We all heard stories about Jared, how he transforms into the characters. But even this didn’t prepare me for what was to come," Director Denis Villeneuve told The Wall Street Journal.
"He could not see at all. He was walking with an assistant, very slowly. It was like seeing Jesus walking into a temple.
"Everybody became super silent, and there was a kind of sacred moment. Everyone was in awe. It was so beautiful and powerful—I was moved to tears." 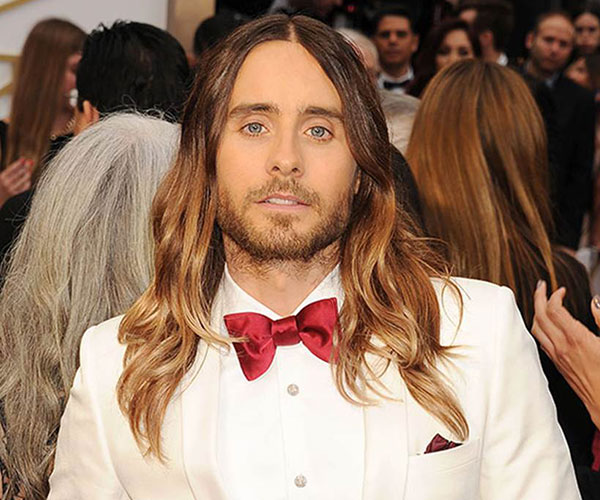 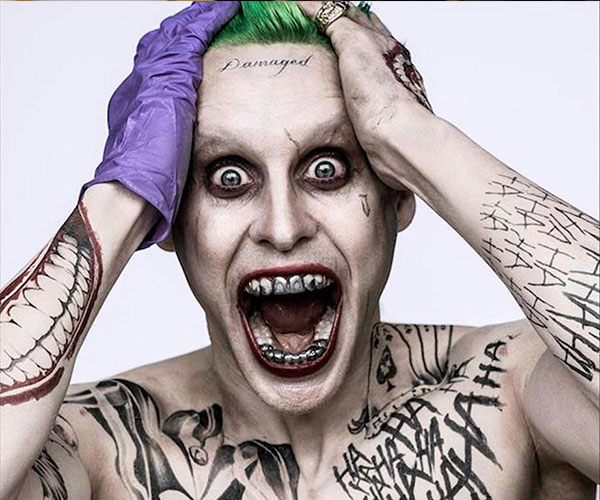 ← Slide →
"The Joker is somebody who doesn't really respect things like personal space or boundaries."
Despite the presents, Leto didn’t actually talk to his co-stars for the entirety of the shoot outside of his character.
"I've never actually met Jared Leto,” Will Smith told Beats 1 Radio.
“We worked together for six months and we've never exchanged a word outside of 'Action!' and 'Cut!' I literally have not met him yet.”

To embody the emaciated heroin addict Harry Goldfarb, Leto starved himself for two months – and we mean starved.
The star refused to eat proper meals, leading to a dramatic 13kg weight loss borne from eating nothing but raw vegetables.
"I didn't eat meals for weeks. I just nibbled, and nothing bigger than a little piece, not even a mouthful. I wouldn't be able to do this ever again, I think because I couldn't even imagine doing it," he explained to Jam! Showbiz at the time. 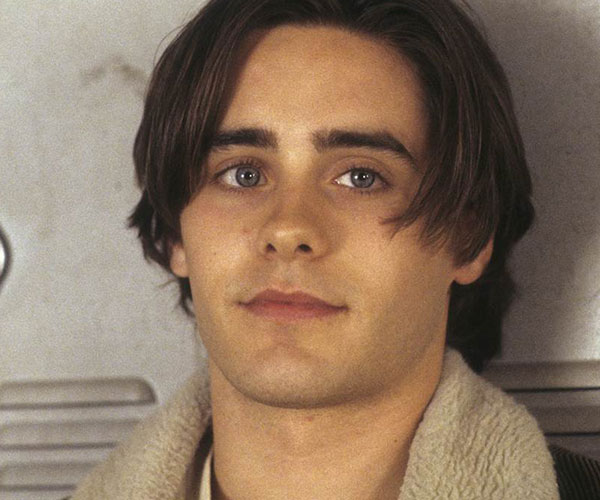 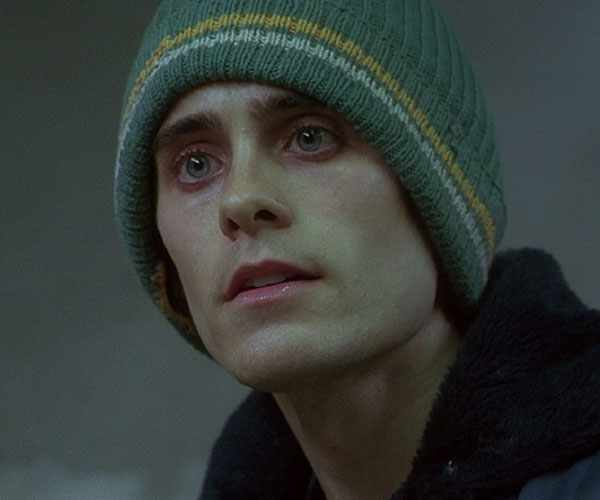 ← Slide →
"I would walk around the grocery store on a Saturday for an hour or two and just look at food. The big treat was that I would steal one or two cashews - I'd have a big guilt out of that - out of the bulk bins and I would taste the fat in them and go into a reverie."

Powered by GIPHY
The extreme diet led to intense health problems: "My bone marrow dropped 400 points. My liver fucked up. I was miserable. It was a painful, dark place, but it was rewarding.
“I don't know if you've ever fasted, but there were a couple of moments towards the end where I had hallucinations. I'd look up at the sky, and I'd get a feeling of complete serenity."
There were also rumours that he abstained from sex with his then-girlfriend Cameron Diaz. While these are unconfirmed, if he could starve himself for two months, we’re pretty sure he could forego sex.

On the flip side of that dramatic weight loss, Leto has also damaged his body with rapid weight gain.
While preparing to play Mark Chapman, the deranged Beatles fan who murdered John Lennon, he put on almost 30kg and was forced into a wheelchair for pain.
“The script didn't say, ‘Page 1: You gain 67 pounds, and you're miserable for two months'. But as I started to research, I realised that the physical representation of this guy had so much to do with who he was," he told the LA Times. 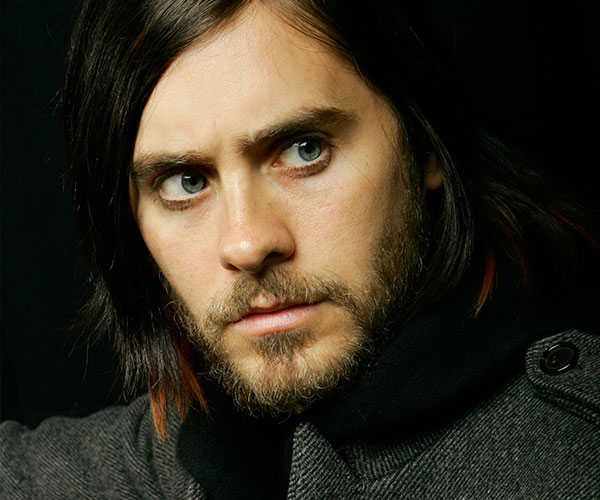 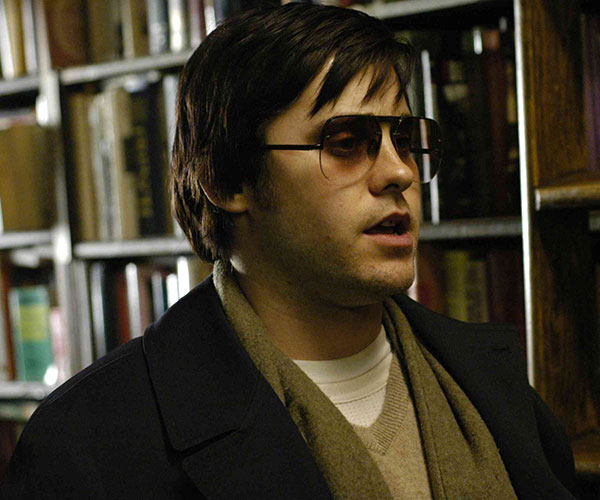 ← Slide →
The actor would eat melted pints of Häagen-Dazs ice cream missed with olive oil and soy sauce, as well as pizza and pasta, giving the actor gout so painful he couldn’t stand.
"I had a definite problem with my feet," he said. "Towards the end of the shoot, one of the glaring issues was the pain I had with my feet.
"I couldn't walk for long distances. I had a wheelchair because it was so painful. My body was in shock from the amount of weight I gained.”
WATCH: Jared Leto dismisses Taylor Swift's music.
Talking to The Guardian, he said: "Really, it's a stupid thing to do. I got gout, and my cholesterol went up so fast in such a short time that my doctors wanted to put me on Lipitor, which is for much, much older people. Again, though, a fascinating journey."

Playing transgender AIDS activist Rayon saw Leto not only lose almost 20kg, but shave every single hair from his body.
"The armpits were the worst," he told The Guardian, "but when that first eyebrow came off, whoosh, in one stroke, that's something you really notice, and there's all those urban legends about how eyebrows never grow back! But they do grow back, it turns out." 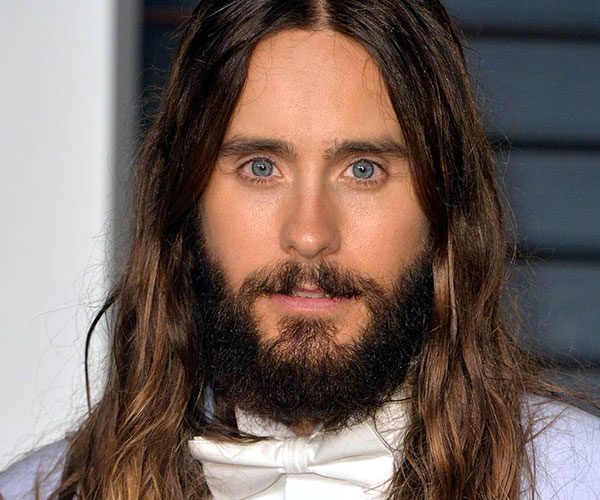 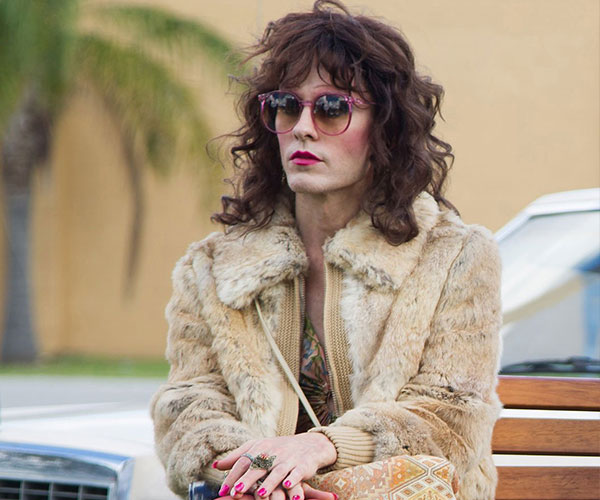 ← Slide →
He previewed the character at his local shops before the film so he could understand the feeling of contempt and isolation Rayon would have felt.
"You kind of have to register reactions and things, so inevitably the day comes when you take her out for a walk: shaved, waxed, wigged-up, the whole bit. To get a little judgment, some meanness, a little condemnation was a useful thing for the part.
“I went to Whole Foods Market to, I guess, just stare at the food, because I certainly wasn't eating a whole lot of it. And I got three distinct looks from people. One was, 'What is that?' The second one was, 'Who is that?' and the other was, 'I dunno what the f-k that is but I don't like it.'"