Smiling from ear  to ear and looking blissfully at ease, Jessica Marais couldn't hide her happiness as she hit the water on a day  at the beach with boyfriend Jake Holly  in Sydney's Coogee.
But it wasn't just Jess' happiness that was on display – the actress was wearing a gold band on her wedding finger.
While it's not yet confirmed if  a secret ceremony has taken place, one thing is certain –friends of the actress would  be thrilled to learn she and her photographer boyfriend had tied the knot, revealing they've never seen the single mother  so together, or relaxed.
"They are head over heels with each other, quite frankly," one friend told Woman's Day.
"Jake's been spending a lot of time  with her, and staying at  her place lots of nights.  He brings out the best in her – her strong, healthy values," our source shared. 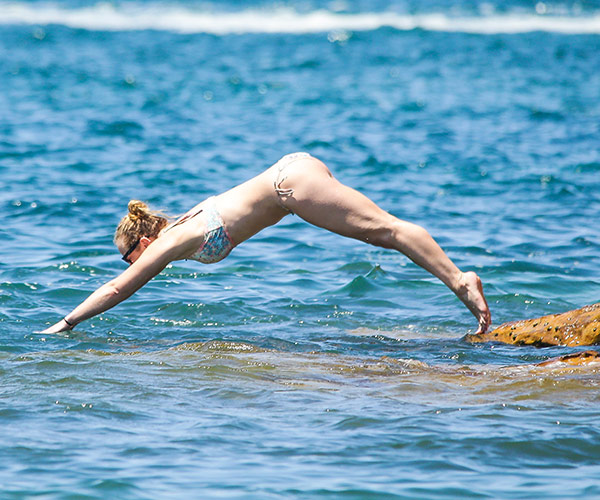 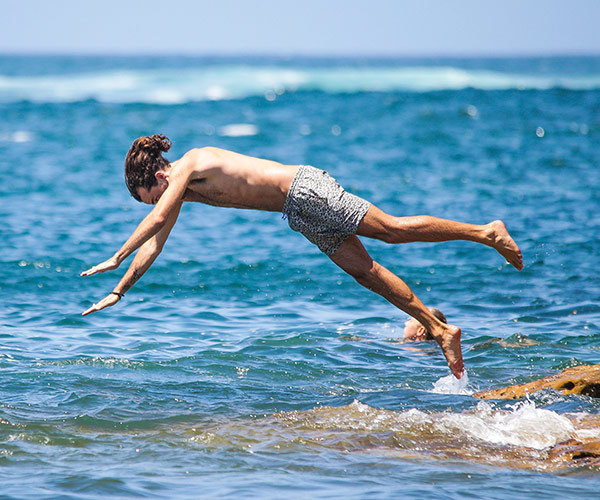 ← Slide →
It's no secret Jess,  33, would love to be married.
The actress was close to it before when we was engaged to 42-year-old actor James Stewart.
While it didn't work out, the pair proudly co-parent their five-year-old daughter Scout.Last year she told of her joy at putting on a wedding dress when her character, Lily, got married in The Wrong Girl.
"It was really fun,"  she said.
The mum-of-one did admit that her own wedding day would  play out differently.
"It wasn't necessarily exactly as Jess would do it, but having said that, I'm not getting married anytime soon!"
Now, with these new pictures emerging, it seems as though Jess may finally have had the wedding day she's dreamed of all along!