Angelina Jolie continues to warm our hearts with her choice in red carpet dates.
In fact, since her split from ex-husband Brad Pitt the 42-year-old has made a habit of bringing her kids along to A-list events.
From the Golden Globes, to the Toronto Film Festival and even her own premieres, Angie just loves the company of her brood.
And it was no different when she stepped out at the National Board of Review Awards Gala in New York City on Tuesday, January 9th with daughters Shiloh Jolie-Pitt, 11, and Zahara Jolie-Pitt, 13, right by her side as she was given the Freedom of Expression Award for her film First They Killed My Father.
The trio rocked coordinating black looks with Angie stunning in an ethereal floaty black gown, Zahara opted for a blazer and harem pants combo while Shiloh looked dapper in a black suit and shell necklace.

Shiloh was pictured wearing a sling for a broken arm after she was involved in a snowboarding accident.
According to People, the daughter of Brad Pitt and Angelina Jolie is doing "fine."
Fans were quick to point out just how much Shiloh looks like her famous father, with her piercing eyes and bow lips it's very easy to see Brad's genetics in his daughter.
Speaking of her adorable daughter, Angie told Vanity Fair: "Shiloh's hysterically funny, one of the goofiest, most playful people you'll meet." 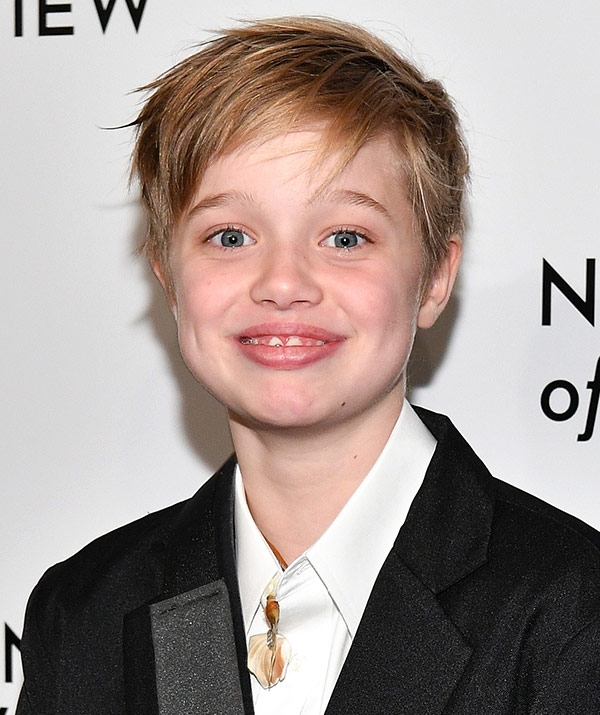 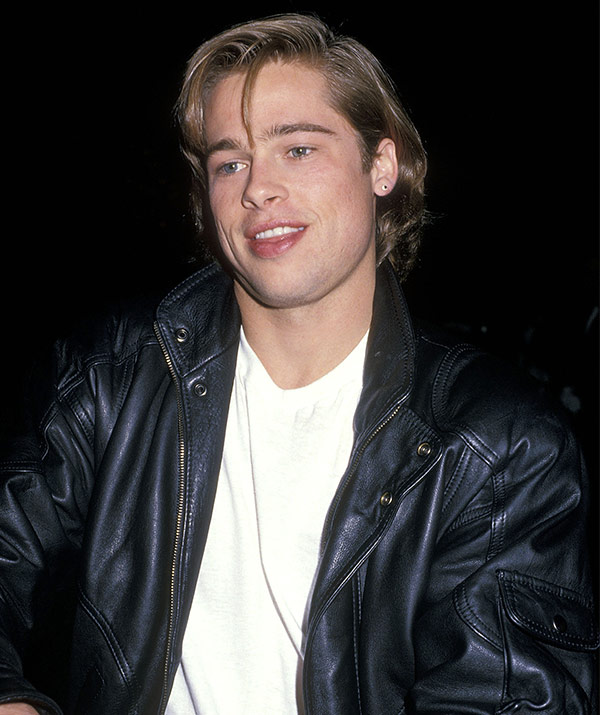 ← Slide →
"She likes tracksuits, she likes suits. She likes to dress like a boy. She wants to be a boy. So we had to cut her hair. She likes to wear boys' everything. She thinks she's one of the brothers."
The trio were also joined by Angie's confidante Loung Ung, who wrote the incredible book First They Killed My Father which inspired Angelina to bring the novel to life on the big screen.
Since her divorce from Brad Pitt, Angelina says her focus is on her six children.
"I have had my ups and downs. I guess I am a little bit stronger. We all have our difficult times, but as a mother, you also have a responsibility first and foremost towards the kids. They are going through their formative years and everything else comes second to that."