A brand new season of Bachelor in Paradise is about to hit our TV screens, which means we're about to be treated to a whole lot of fresh reality TV drama, all set against the glorious tropical backdrop of Fiji.
The full cast lineup has been revealed and there are some old Bachie and Bachelorette favourites in the mix, including Cass Wood and Brooke Blurton, while a juicy new promo for the new series has hinted at a dramatic showdown between exes Alex Nation and Richie Strachan.
We can't wait for the drama!
It's no secret that some our favourite reality stars aren't afraid to transform their faces with a little help from Botox and filler. And there are quite a few contestants on Season 2 of Bachelor in Paradise who have admitted to undergoing a little nip and tuck.
We've done the Instagram stalking for you and found some amazing old photos that prove just how massive these reality star glow ups have been!
So let's see which stars have undergone the most dramatic transformations.
READ NEXT: Meet the FULL cast of Bachelor in Paradise 2019 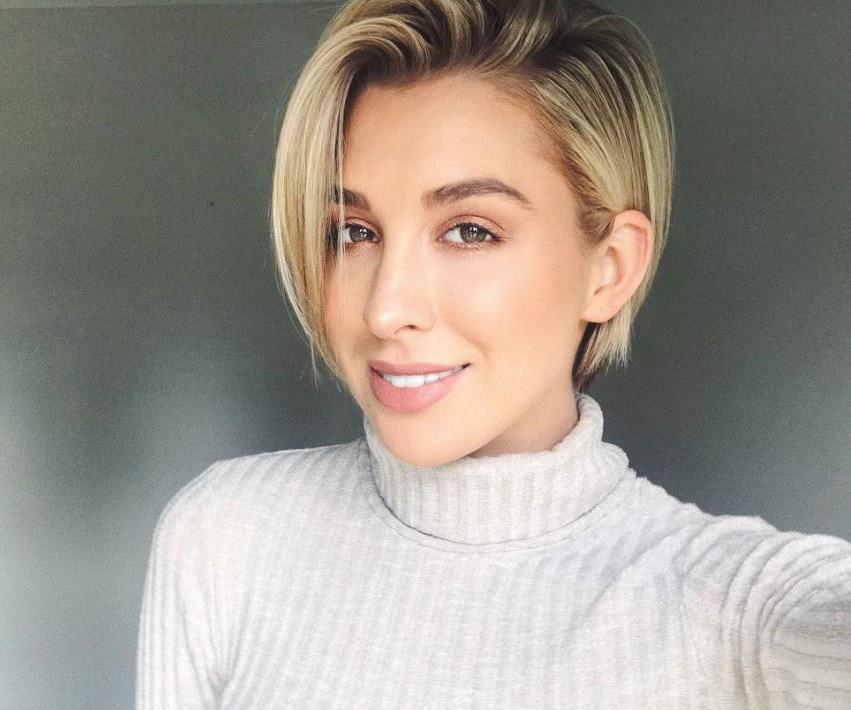 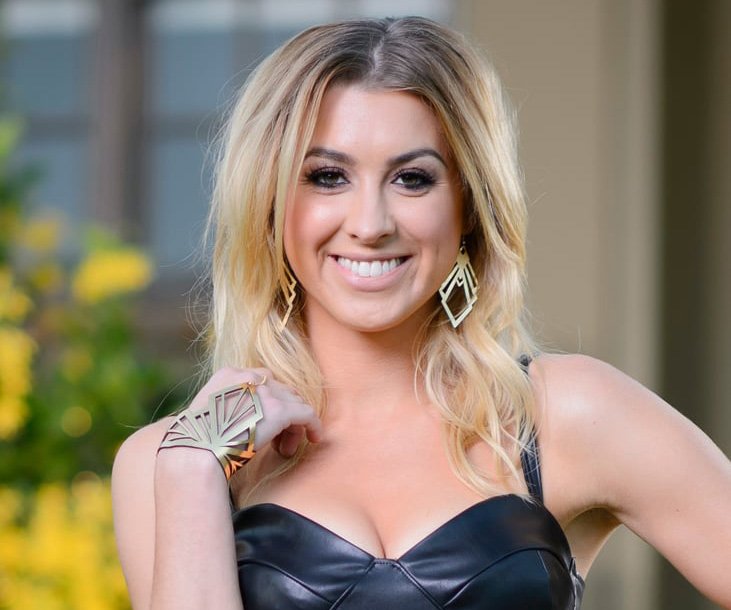 ← Slide →
When we first met Alex during Richie's season of The Bachelor, she was a sweet, doting mother who was unashamedly upfront about her intense feelings for Richie.
Well, how much has changed! Now the exes can't stand each other - have you SEEN their bust-up in the show's new promo? - and Alex looks completely different!
She chopped off her long blonde locks and is now rocking a very cool, Jesinta Franklin-esque blonde bob.
The 27-year-old has also admitted that she's gone under the knife, revealing on Instagram last September that she's had a whole range of stuff done to her face.
"Yes I've had a little somethin' somethin' done to my face," she wrote on Instagram.
"Yes people will have an opinion. No I'm not bothered. Why? Because I AM FEELIN' MYSELF!! Thanks for making this Mumma feel fresh @draaeronaesthetics," she captioned the pic, tagging her surgeon in the post.
So what exactly has she had done?
"I did my frown, forehead and crows feet Botox," Alex revealed.
"Then under eye filler, subtle cheek volume, and defined the chin and jawline! All very subtle and small doses. I'm really happy."
According to a post from her surgeon's Instagram page, as well as Botox and filler Alex underwent "Lower face sculpting for a more defined jawline and protected chin, as well as a tear trough treatment for a refreshed look."
READ NEXT: Alex Nation and Brooke Blurton kiss in Bachelor In Paradise trailer 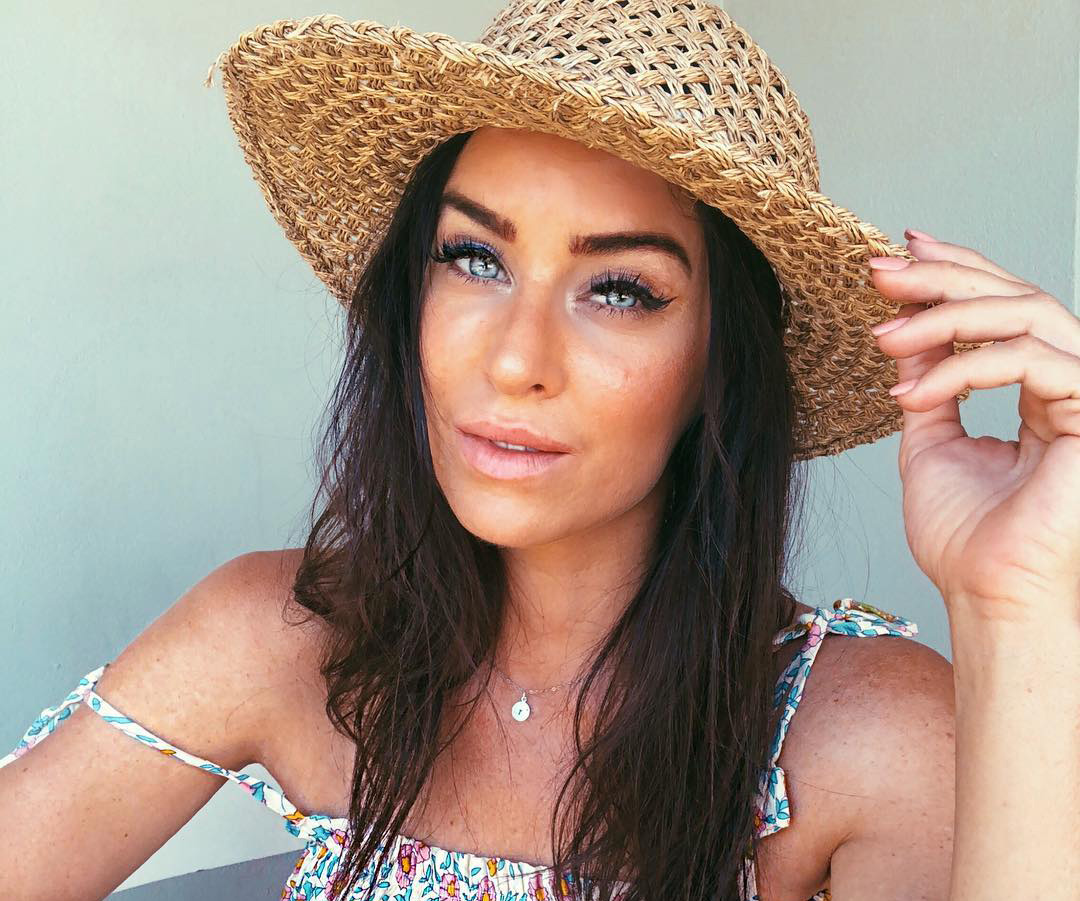 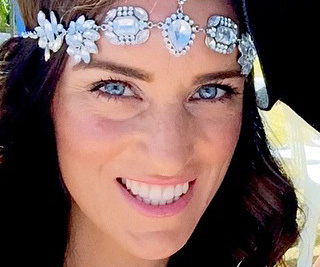 ← Slide →
Rachael is no stranger to reality TV - she also starred in Richie's season of The Bachelor and was on the first Australian season of Bachelor In Paradise last year.
But sadly things did not end well for Rachael. She was rejected early on by Thomas Perras in the series, who said "'romantic feelings with Rachael are nonexistent at this point."
The breakup devastated Rachael, who said it's "very important for me to find someone. I don't know why it hasn't happened for me yet."
Clearly Rachael is hoping to end her bad luck with men will end on this new season of BIP!
She's undergone a series of different treatments to ensure she's looking her best in Fiji, including Botox, fillers under her eyes and lip fillers.
"Wrinkle wrinkle on my face, disappear with @kyliesmithcosmetics 💋💉" she wrote on Instagram, tagging her cosmetic surgeon in the post.
"Let's face it, it is so common to have a little bit of work these days, but there is fine line between plastic & fantastic! Kylie aims to help her clients achieve a natural beauty & enhance what you already have #injections #fillers #teartrough #lipfillers #naturalbeauty #wrinklefree #facetreatment."
Rachael has also had a skin tightening treatment to remove cellulite on the back of her thighs, as well as regular facials.
"Now I am happy, confident and am always getting compliments about my glowing skin," Rachael said of her brand new look.
READ NEXT: Which Bachelor in Paradise couples are still together? 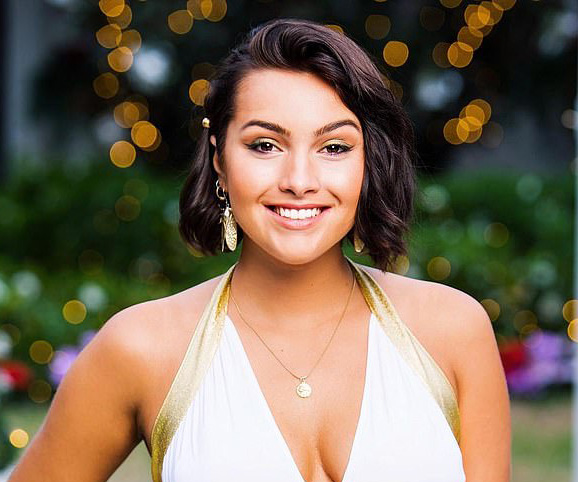 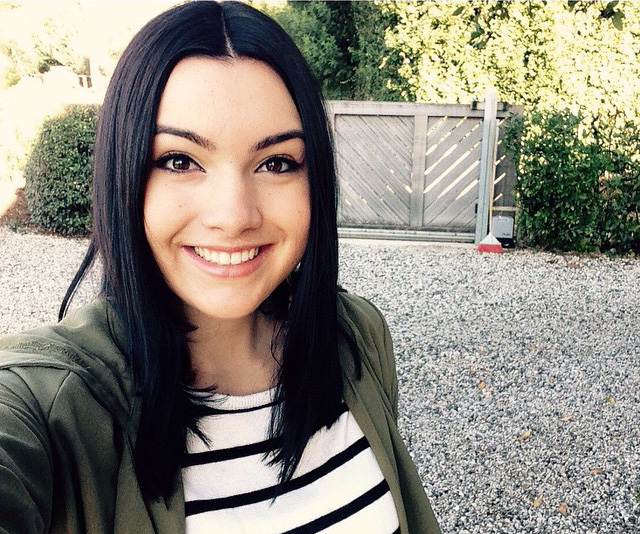 ← Slide →
Thought you'd seen the last of The Bachelor's chief mean girl? Well soz, she's back!
Cat is never afraid to speak her mind or stir up a little drama - and we have no doubt she'll be doing just that in Fiji.
While Cat loves a super glam look and regularly treats her social media followers with gorgeous snaps of her cute bob in full makeup and cute outfits, she wasn't always this done up!
We've done a little deep dive into her Instagram account and found some adorable snaps of Cat from a few years ago, when she was rocking cute bangs and longer locks.
While we love both the glam and undone versions of Cat, maybe the low key beach vibes of Fiji will have her rocking some more makeup-free looks?
READ NEXT: Where to find every single Bachelor in Paradise contestant on Instagram 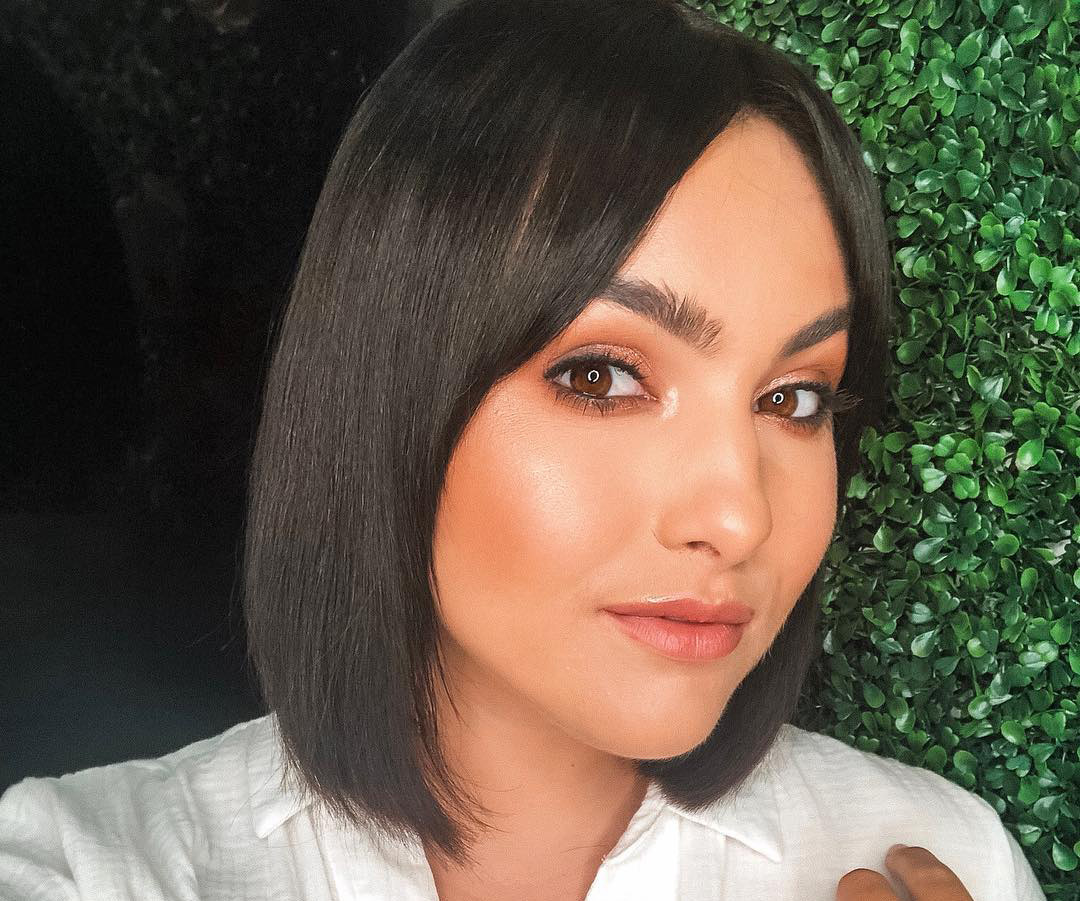 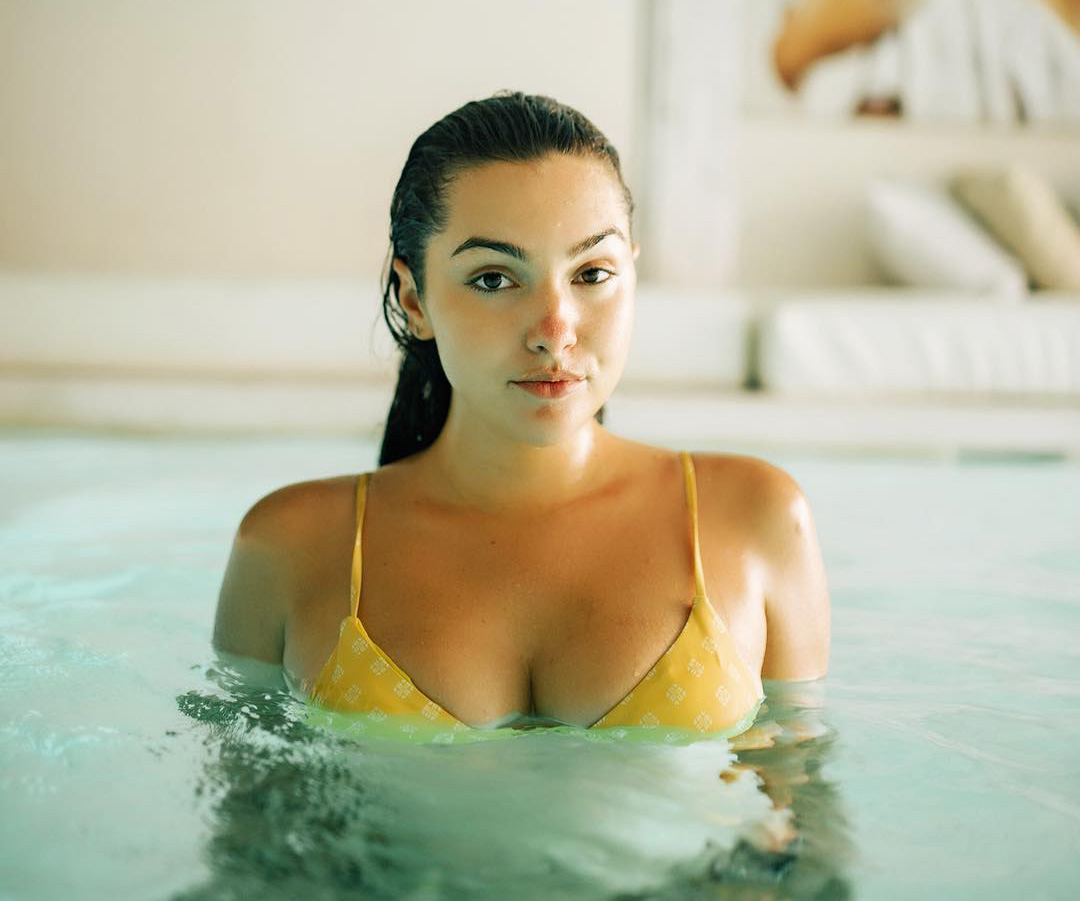 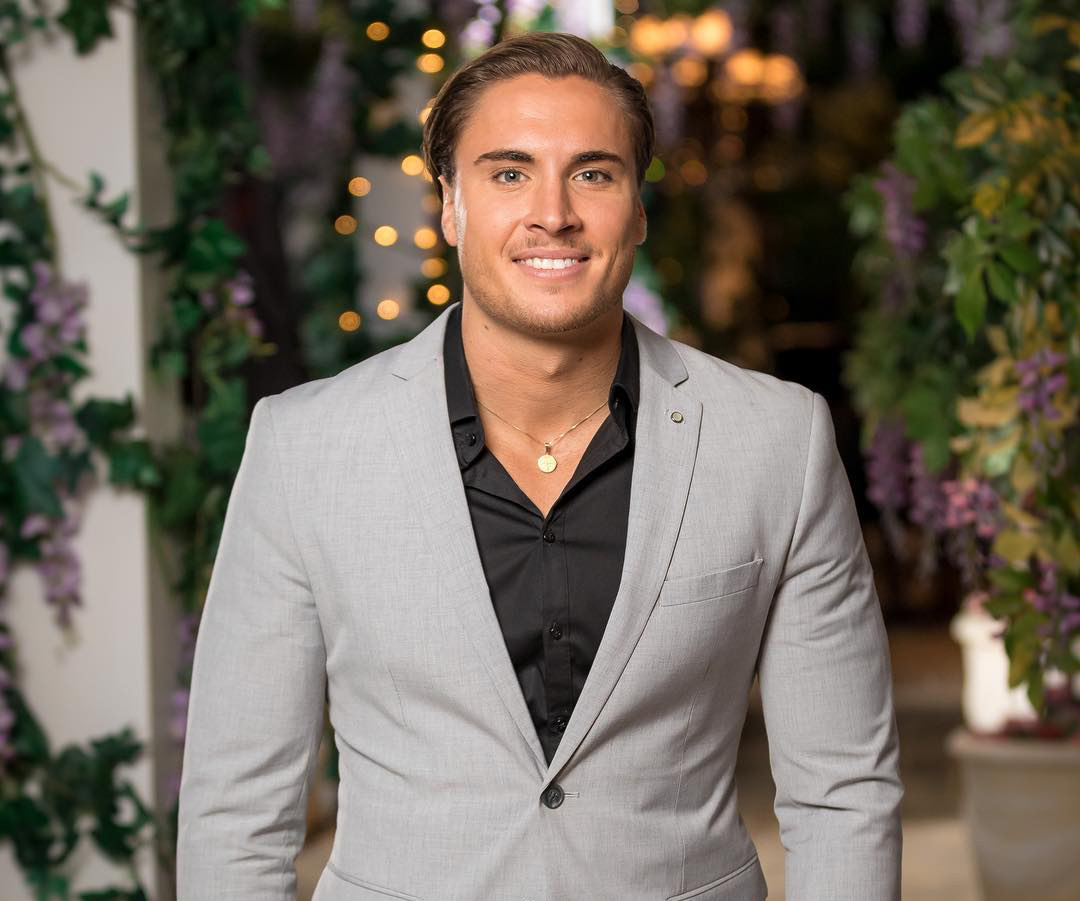 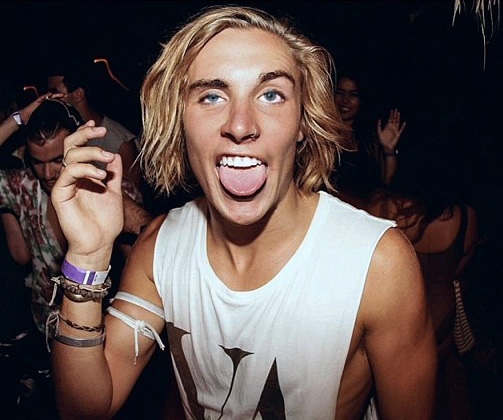 ← Slide →
If you just looked at these photos of Nathan and thought "Who?!" - don't worry, you're forgiven.
He's the guy who was kicked off Ali Oetjen's season of The Bachelorette for spreading rumours about her alleged cheating history with some of the other contestants.
While he disputes any suggestion he acted dishonourably, Nathan is back again to cause havoc in Bachelor In Paradise.
Nathan, who describes himself as "pretty well networked in the reality TV show circuit", has done alright for himself out of that little gaffe, garnering 17,000 Instagram followers.
So you don't have to, we scrolled alllllll the way back to Nathan's first Instagram post - that's 30 minutes of my life I'll never get back - and boy, does he look different!
The big, buff bloke we know was once a skinny surfer kid with long blonde hair and a baseball cap.
Sorry we unearthed these pics Nathan, but we think the old you was cute!
WATCH BELOW: Do Alex and Brooke hook up on Bachelor In Paradise? 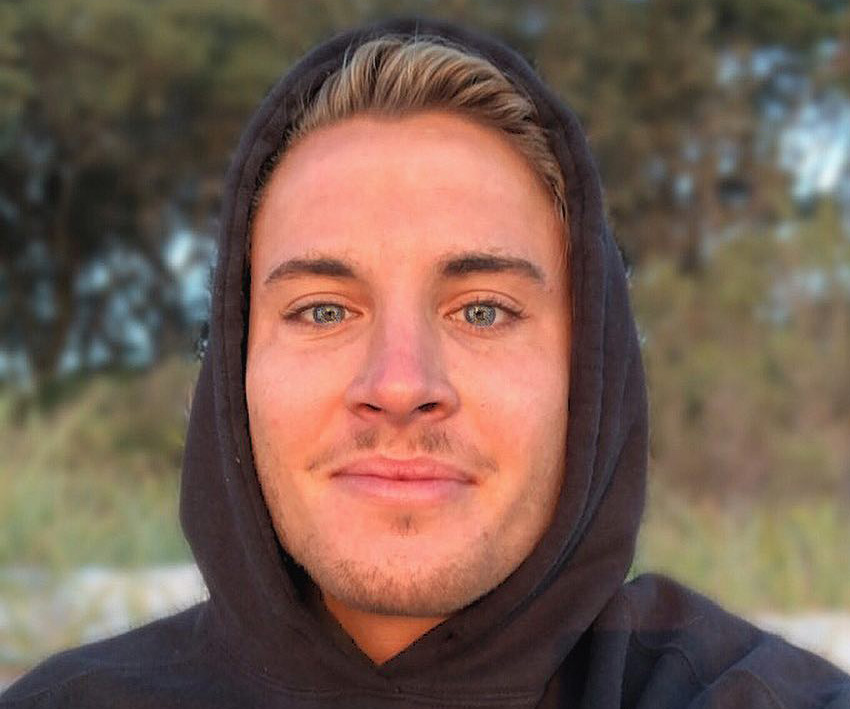 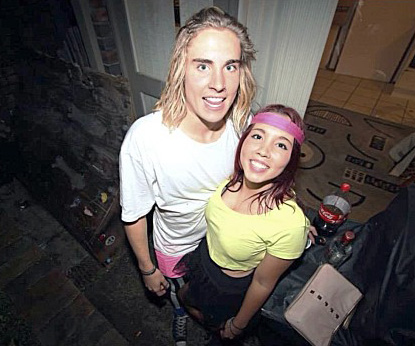 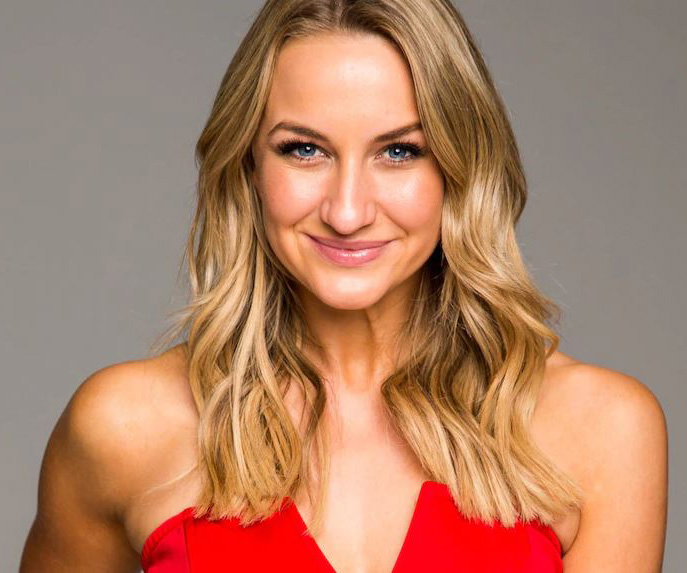 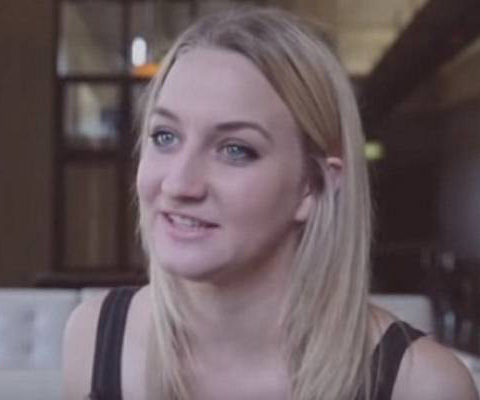 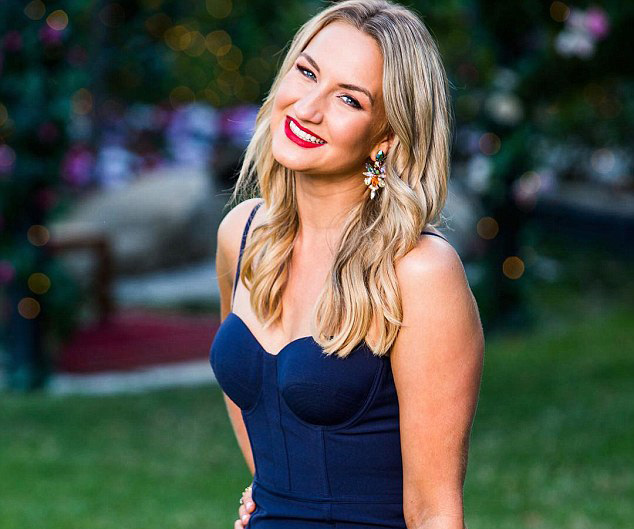 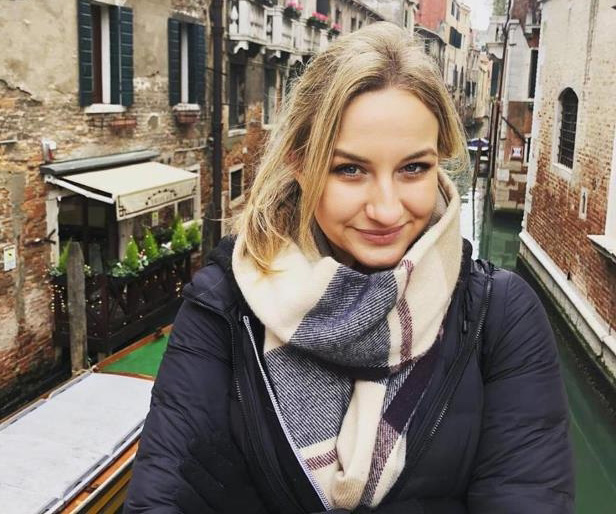 ← Slide →
Remember Alisha? She was one of the infamous trio of "mean girls" on the most recent season of The Bachelor, along with fellow bad girls Cat Henesey and Romy Poulie.
Alisha famously quit her prestigious job as a media advisor to Federal Opposition Leader Bill Shorten to star on the reality show.
But while many of her Canberra colleagues thought she was crazy to leave behind such a great gig, Alisha has no regrets.
"Canberra, Bachelor mansion, I think they have a little more in common than people think," she told The Daily Telegraph last year.
"Working in the halls of Parliament House was good preparation for some of the drama that goes on in the mansion."
Alisha has undergone quite the glamorous makeover since she left her political gig, swapping sensible coats and scarves for gorgeous cocktail dresses and professionally-styled hair and makeup looks. 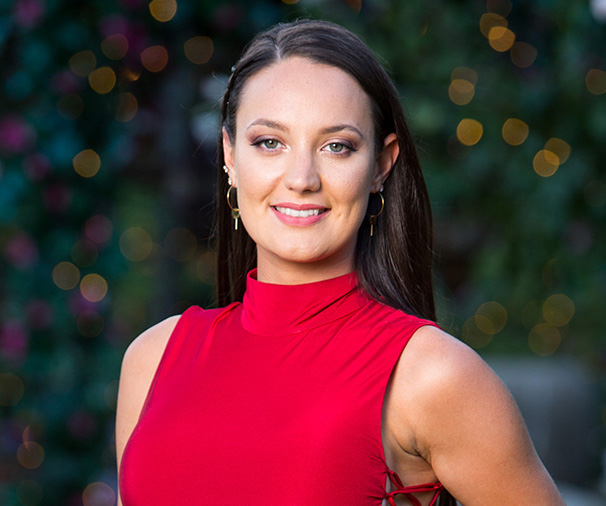 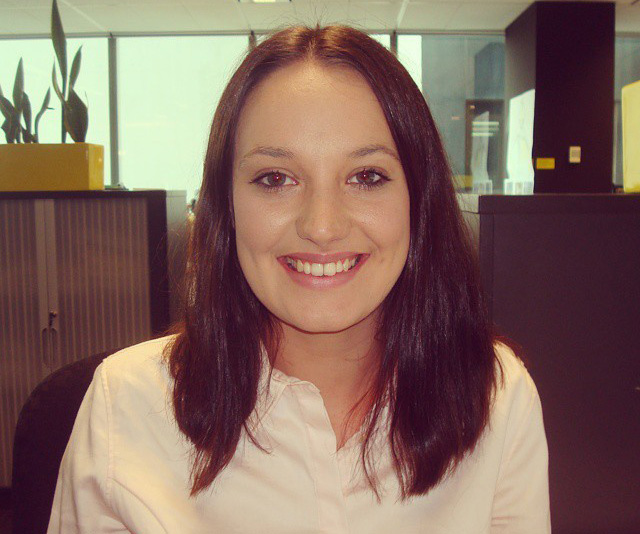 ← Slide →
Brittney was one of the intruders on the Honey Badger's season of The Bachelor, who made waves with her loud voice and awkward dance moves.
While she didn't last long on the show, she made an early impression with viewers for her party-hard attitude.
She actually revealed that Channel 10 producers cut her off from drinking any more at one of the show's cocktail parties, after she boasted about how she wanted to get drunk.
"I wanted to get lit, but they cut me off," Brittney told the Gold Coast Bulletin.
"I was walking around going, 'yeah let's get lit', but my producer said 'you've had too much'," she said.
Brittney also had some run-ins with the "mean girls" Cat, Romy and Alisha - and as we already know, Cat and Alisha will be heading to paradise with Britt!
"The obvious three I didn't get along with," she said about her fellow contestants, adding, "Sadly there was no tequila, even though there were so many salty b*hes." That should make for some interesting TV!
While we saw a glammed-up version of Brittney on TV, a scroll back through her Insta reveals the adorable brunette used to look very different, and she's clearly had some work done to her boobs. 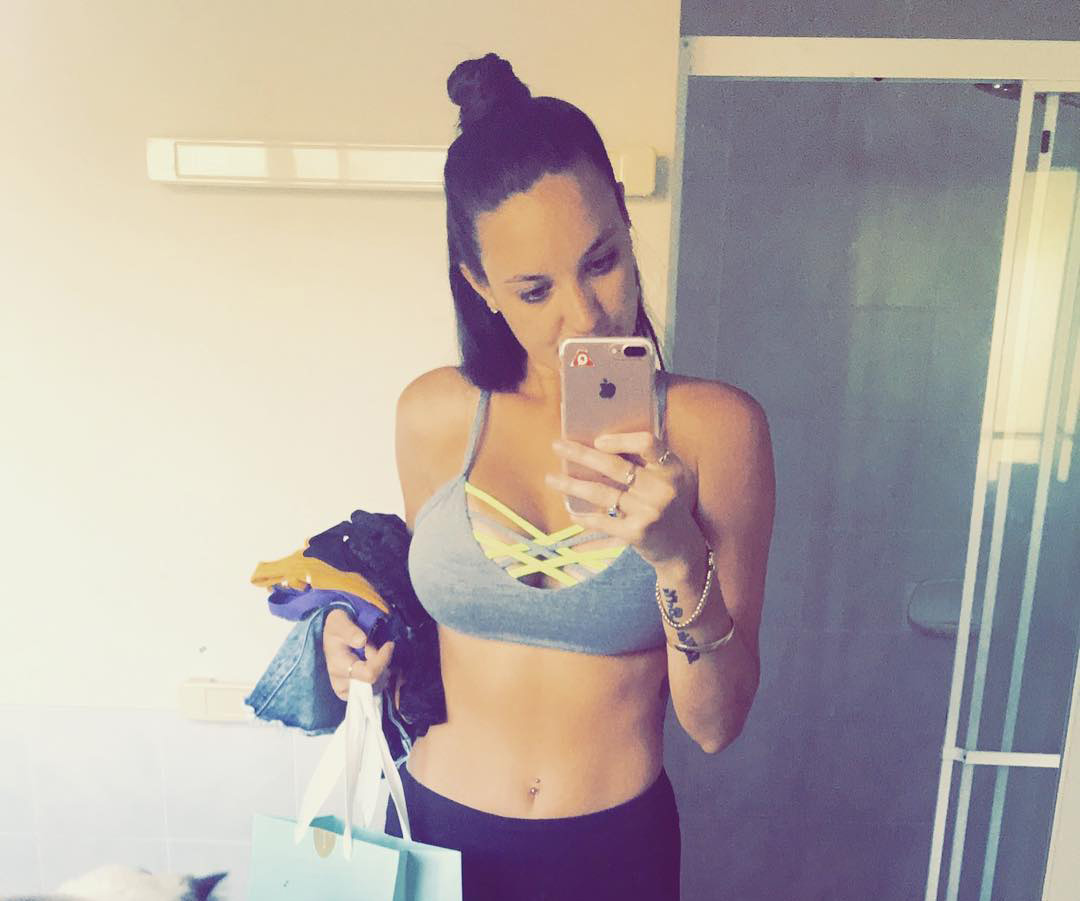 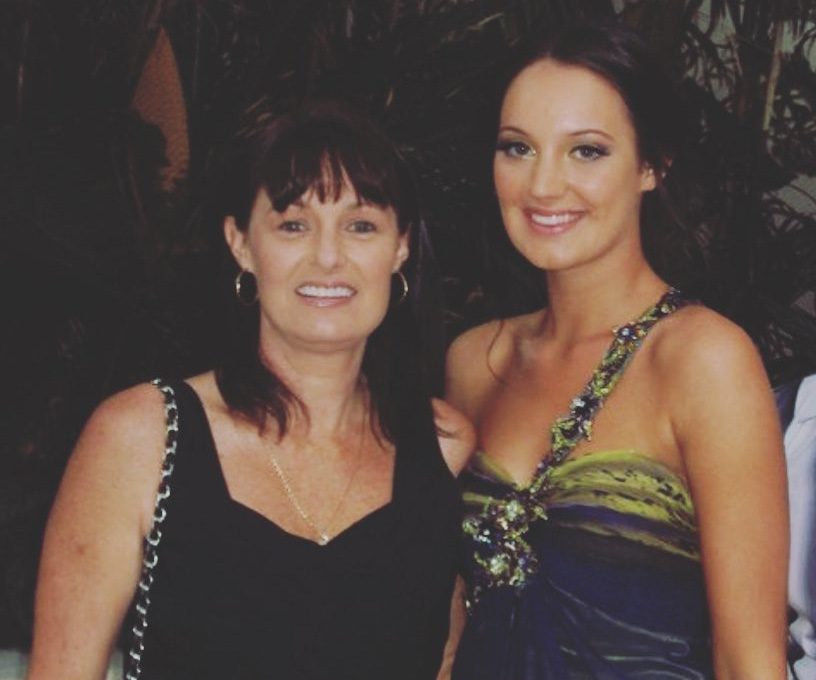 Want more on Bachelor in Paradise? We’ve got you covered!

Which Bachelor in Paradise Australia contestants are still together?

BULA! We’ve found the exact location of where the Bachelor in Paradise is filmed and it’s divine

Meet the Bachelor in Paradise 2019 cast

How much do the Bachelor in Paradise contestants actually get paid?

When will the Bachelor in Paradise Australia 2019 premiere?

It's on! Inside Bill Goldsmith and Alex Nation's budding romance